Q. 930. What is the third?
A. Oppressing of the poor, which is a cruel, tyrannical, and unjust dealing with inferiors.
Q. 931. What other proof have you of that?
A. Out of Exod. xxii. 21. “Ye shall not hurt the widow and the fatherless: If you do hurt them, they will cry unto me, and I will hear them cry, and my fury shall take indignation, and I will strike thee with the sword.” And out of Isa. x. 1, 2. “Wo to them that make unjust laws, that they might oppress the poor in judgment, and do violence to the cause of the humble of my people.”

Q. 932. What is the fourth?
A. To defraud working men of their wages, which is to lessen, or detain it from them.
Q. 933. What proof have you of it?
A. Out of Eccl. xxxiv. 37. “He that sheddeth blood and he that defraudeth the hired man, are brethren,” and out of James v. 4. “Behold the hire of the workmen that have reaped your fields, which is defrauded by you, crieth, and their cry hath entered into the ears of the Lord God of Sabbath.”


“Police were called at approximately 08.02 hrs on Tuesday 28 January to reports of a man having fallen from a building at 25 Bank Street, E14 and landing on a ninth floor roof. London Ambulance Service and London Air Ambulance attended. The man was pronounced dead at the scene a short while later. The deceased is believed to be aged 39. We believe we know the identity of the deceased but await formal identification. Next of kin have been informed. No arrests have been made and the death is being treated as non-suspicious.” Metropolitan Police 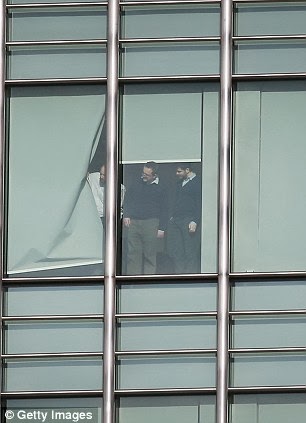