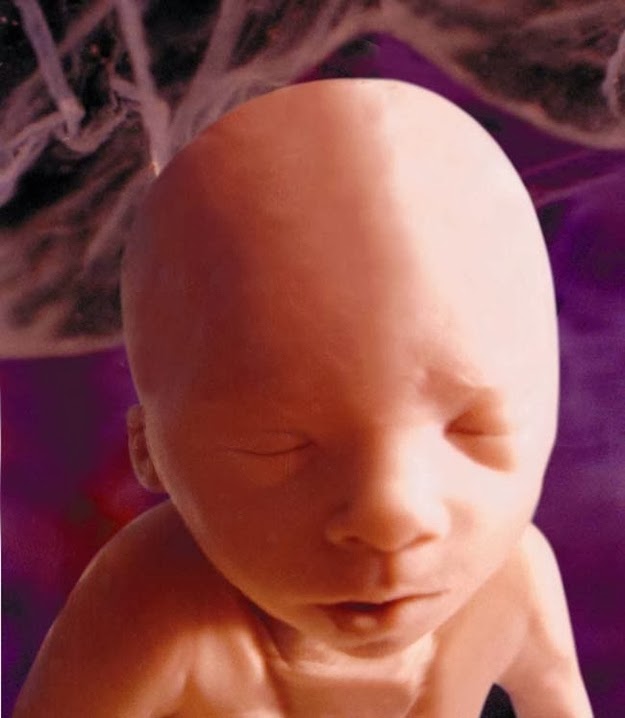 Complete interview of nurse who once help perform abortions:

Q. When and why did you start working for Planned Parenthood?

A. “I started working for Planned Parenthood in 2010 to start up their conscious sedation program [which allowed clients to purchase mild to moderate sedatives to be given intravenously before an abortion]. Plus the job was very close to my house.”

Q. Did you know what they were about, what they did?

A. “I did. And I must admit I was kind of on the fence about abortion. I think a lot of it came from working at Wishard [Hospital], and seeing girls that had attempted abortion themselves and ended up with hysterectomies, or boyfriends beating them because they were pregnant. My thought was, ‘Well, you need a safe place [for an abortion]. People shouldn’t be doing it on their own. And people are going to be doing it anyway, so why not provide them a safe place to do it?’ ”

Q. When did you start having qualms or misgivings about working for Planned Parenthood

A. “I started feeling uneasy working there when people came from [the] national [office] in New York City to teach us the conscious sedation process. It was disgusting. These two ladies had this chant they would do: ‘Abortion all the time!’ I thought, ‘I’ve got to get out of here.’ That was about six to eight months after I started.

“Those women from New York acted like an abortion was a rite of passage. They were like, ‘How can you not offer abortion to women? It’s their body. They should be able to do whatever they want. How can you force them to have a baby? Abortion should be free to anybody, anytime.’ ”

Q. How many abortions are done at the Georgetown facility per day?

A. “In the upper 20s to low 30s, including medical abortion by pill. Abortions are done there every Tuesday and Friday, and then they alternate between Thursday and Saturday.”

Q. Were there ever any difficulties with the abortion procedures?

A. “Several times, there were difficulties with abortions while I worked there, where they had to call the hospital to come pick the woman up.

“One girl almost bled out. She was passing clots, her blood pressure was dropping.

“A lot of the cases we had were from excessive bleeding or reactions to the sedation.

“When we had to call 911 for an ambulance, we were told never to say the word ‘abortion’ because they don’t want that broadcast. They knew that the calls were recorded, and could be made public.”

A. “It was a money-grubbing, evil, very sad, sad place to work.

“We would get yelled at if we didn’t answer the phone by the third ring. They would tell us we’d be fired [if we didn’t] because they needed the money.

“They would remind us in our weekly staff meeting that we need to tell everyone [who called to schedule an appointment] to avoid ‘those people’ [the sidewalk counselors] because we need the money. We were to tell them, ‘Don’t make eye contact with them, and don’t stop in the driveway. If you make eye contact with them or if you stop and roll down your window, they’re going to try their darnedest to talk you out of it.’

“You have to have so many [abortions] a month to stay open. In our meetings they’d tell us, ‘If abortions are down, you could get sent home early and not get as many hours.’

“They would allow girls to have ultrasounds that were obviously way too far along [the legal limit for having an abortion in Indiana is 13 weeks and six days]. They said, ‘If they want to be seen, you just put them through, no problem,’ just taking advantage to make money.

“I was always getting in trouble for talking too long to the girls, asking if they were sure they wanted to do this.

“It was absolutely miserable going in there.”

Q. What experiences stick with you?

A. “One young girl came in with her mom. She was about 16. Her mom had made the appointment. That’s not supposed to be how it works. It’s supposed to only be the patient who makes the appointment. I checked her in, and she thought she was there for a prenatal checkup. The mom was pushing it. She blindsided her own daughter.

“This guy brought in a Korean girl. I had no doubt in my mind this girl was a sex slave. This guy would not leave her side. They could barely communicate. He wanted to make all the arrangements.

“During the ultrasound, she told one of the nurses that there were lots of girls in the house, and that the man hits them. She never came back for the abortion. I always wondered what happened to her. One of my co-workers said, ‘You’re better off to just let it go.’

“These girls would start crying on the table, and Dr. [Michael] King [the abortion doctor for whom Anderson worked] would say, ‘Now you chose to be here. Sit still. I don’t have time for this.’

“One doctor, when he was in the POC [products of conception] room, would talk to the aborted baby while looking for all the parts. ‘Come on, little arm, I know you’re here! Now you stop hiding from me!’ It just made me sick to my stomach.

“The sound the suction machine made when it turned on still haunts me.”

Q. Did you ever interact with the sidewalk counselors?

A. “One day I was coming in, and I’d written out a note to one of the [sidewalk counselors] that said, ‘I’ve worked here for a little over two years. I’m actively looking for something else. Please pray for me. I don’t want to be here.’ All I could do was hand it to her. She tried to give me a pamphlet, but I told her no, I had to go because there are cameras that watch the drive.”

Q. How did you finally start talking to Eileen Hartman [founder of the Great Lakes Gabriel Project]?

A. “I used to get the Focus on the Family e-mails by James Dobson. The book unPlanned by Abby [Johnson] was advertised on his website. I ordered it immediately, right then and there.

“I read it in two or three days. I Googled her and sent her a message and gave her my phone number, and she called me. We’ve talked several times.

“She asked if it was OK with me if she gave my name to someone locally who I could talk to. So she gave my number to Eileen, and Eileen called me. We talked all the time.”

Q. How did Eileen and the sidewalk counselors help you out of Planned Parenthood?

A. “Eileen was the biggest help. She was there for me to talk to her any time I wanted. She offered me services to help with my résumé and interviewing, which I did take her up on. They offered prayers all the time. I got e-mails constantly that they were praying for me every day. That alone was comforting.

“I never for one second felt judged or put down by anybody. I felt so much criticism from inside that building versus the love I felt [from those] on the outside.”

Q. How did you end up leaving Planned Parenthood?

A. “I was fired in July 2012. I was mad because I wanted to quit! I was planning on quitting just two days later.

“As I was being fired, my phone was vibrating in my pocket. It was Community North [Hospital] calling about the job, to say it was looking good. They called again the next Monday and said the job was mine if I wanted it! I love my job now. I work with wonderful, Christian people. I just love it.”

Q. How are you handling your regret over working in the abortion industry?

A. “I went to Abby’s retreat [through And Then There Were None, a non-profit organization that Abby Johnson started to help former Planned Parenthood workers heal].

“We did a lot of sharing and exercises. They wanted us to pick out a name every day for one of the babies whose abortions we were a part of, and pray for that child. I still do that. I can’t remember the number [of abortions] I came up with, but I figure it will take me several years before I get through the list.”

Q. What made you decide to start talking publicly about your experience?

A. “The [Right to Life of Indianapolis’ ‘Celebrate Life’] dinner downtown [on Sept. 17]. I felt so much love and acceptance in that room. I wandered around there looking at how happy the people were, how much they’re really trying to help other people. I thought, ‘I want to be a part of that.’ I thought I could start by telling my story, then maybe later I could be a sidewalk counselor.

“God didn’t give us the right to take another life. I don’t seek revenge. I just want to right a wrong.”

Q. Is there anything else you’d like to add?

A. “The journey to abortion happens long before the girls show up at Planned Parenthood. These young girls who are 13, 14 years old—they’re looking for love and acceptance. By the time they get to Planned Parenthood, they’ve already been through some awful stuff.

“Where do you start educating these girls? High school? Junior high? It’s getting younger and younger.

“There’s something wrong with the family that this is happening, these single parent families, these dads in prison. The journey to prevent this starts way before they get to the door of any abortion center.” †