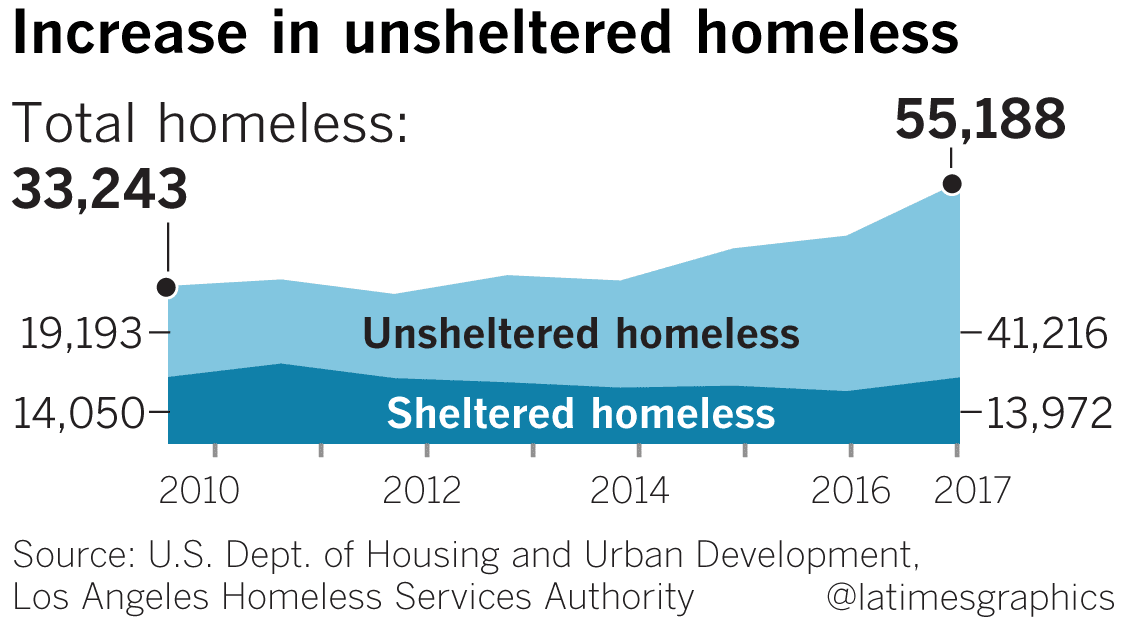 Some of the poorest people in the city spend their days in the shadow of Los Angeles City Hall, napping on flattened cardboard boxes. On any given day, as many as 20 people take to the City Hall lawn, across the street from LAPD headquarters. They're there to "escape the madness" in downtown streets, a 53-year-old homeless man named Lazarus said last week. At night, they fan out to doorways or deserted plazas to wait for daybreak.The growth of a homeless day camp at the halls of civic power speaks to the breadth of Los Angeles' burgeoning homelessness problem. The number of those living in the streets and shelters of the city of L.A. and most of the county surged 75% — to roughly 55,000 from about 32,000 — in the last six years. (Including Glendale, Pasadena and Long Beach, which conduct their own homeless counts, the total is nearly 58,000.) Source 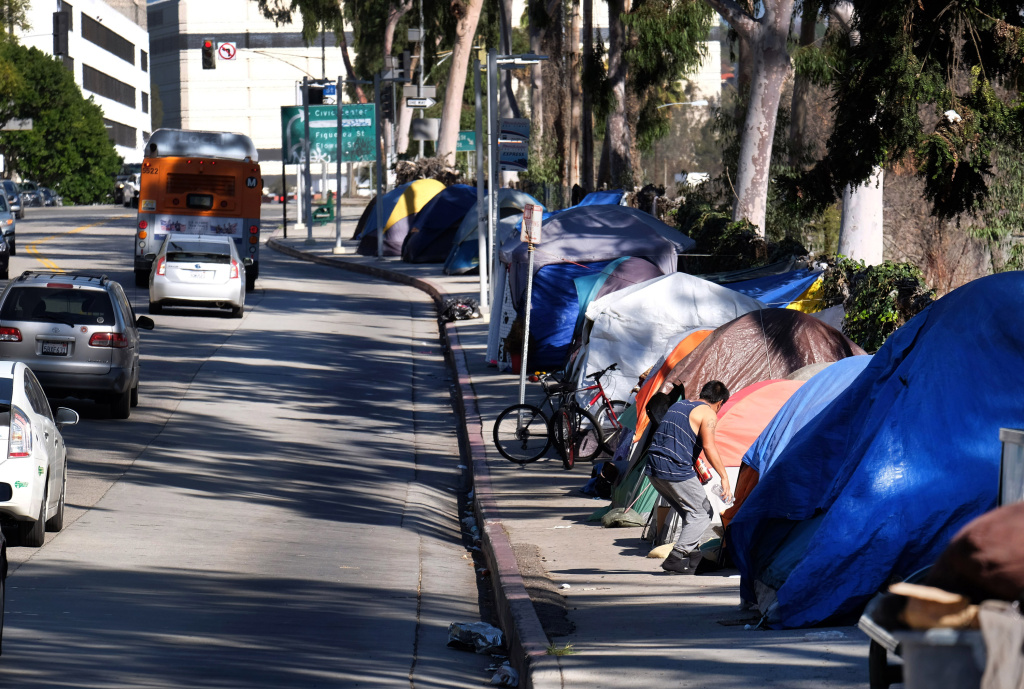