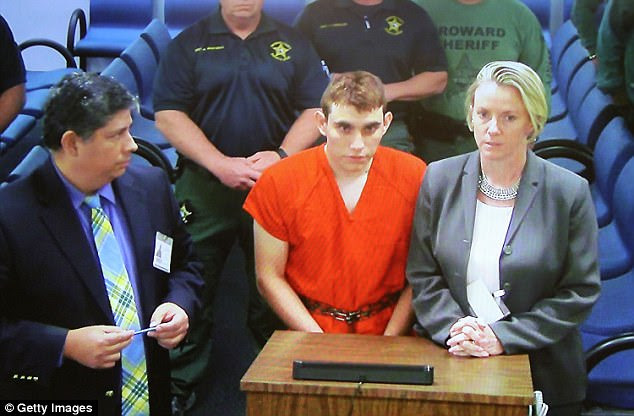 All four Beasts are different. Meaning that all four Beasts can not be political entities or kingdoms (which all Protestant Heretics mistakenly believe).

ARISE, DEVOUR MUCH FLESH  = DEATH AND DESTRUCTION BROUGHT ABOUT BY THE AGENCY OF SOCIAL MEDIA


Now here is something from the Second Beast that should not surprise anyone:

According to authorities, the gunman who killed 17 people inside a school in Florida told police he heard voices in his head that gave him instructions for the attack.    The voices were described as 'demons' by law enforcement sources, reports ABC News.   Meanwhile, it emerged that police were called to Nikolas Cruz's family's Parkland home 39 times since 2010, according to police records obtained by CNN.    The sheriff's office received a range of emergency calls that included: 'mentally ill person,' 'child/elderly abuse,' 'domestic disturbance,' 'missing person,' and several others.  Cruz moved in with a friend's family after his adoptive mother, 68-year-old Lynda Cruz, passed away in November from pneumonia.   Source

I don't see any contradiction with the Church Fathers by saying that 4 beasts of Daniel are: