Girl, 14, youngest person to be suspected in a homicide in YEARS after allegedly shooting dead her father inside their Nebraska home 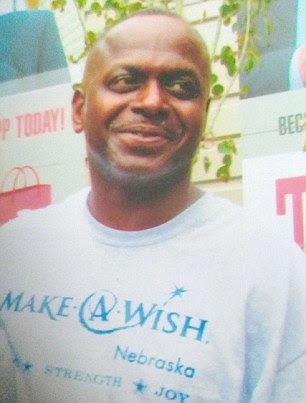 
Girl, 14, youngest person to be suspected in a homicide in YEARS after allegedly shooting dead her father inside their Nebraska home

A 14-year-old girl has been arrested over the shooting death of her father in their Nebraska home. Montrel T. Williams, 48, was found dead inside the home in Omaha on Saturday morning by police. The girl, who has not been named by authorities, was arrested and booked into the nearby Douglas County Youth Detention Center. She is the believed to be the youngest girl suspected in a homicide in Omaha in recent years. Williams' estranged wife LaDonna Mitchell Williams said he had been shot, the Omaha World Herald reports. She would not confirm if the couple's daughter was involved. 'I don’t want to get into that right now,' she said. Officers had been called to the home to carry out a welfare check on Williams. Williams' wife said he had moved into the rental home with their daughter two months ago. Source