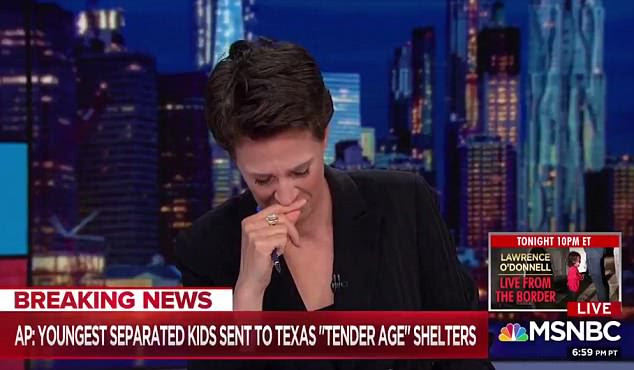 Rachel Maddow has no problem in separating 57 million babies from their womb:

But breaks down in tears over immigrant babies......

MSNBC host Rachel Maddow broke down in tears on-air while reporting breaking news that the Trump administration has been operating 'tender age' shelters for immigrant babies and toddlers forcibly separated from their parents. Maddow teared up on Tuesday night near the end of her program as she read a report from the Associated Press that revealed young children were being held in three facilities in Texas. She repeatedly tried to read a description of the shelters but was forced to abruptly end her show minutes earlier then planned. Soruce