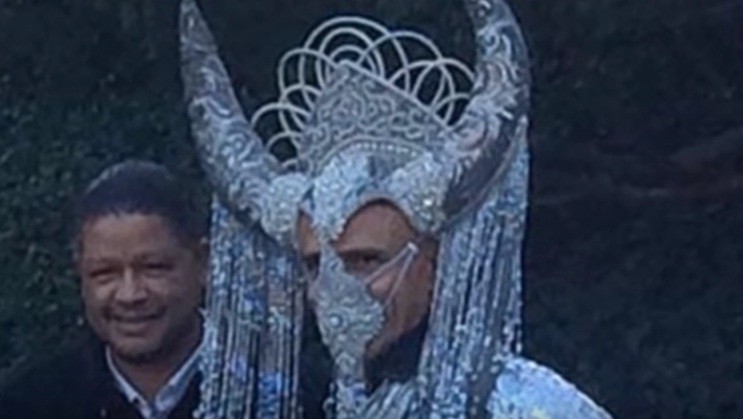 “A forerunner of the Antichrist, with his troops gathered from several nations, will fight against the true Christ, the only Saviour of the world. He will shed much blood and will want to annihilate the worship of God to make himself be looked upon as a God.Our Lady of La Salette 19 Sept. 1846 (Published by Mélanie 1879)

An eerie image of former American president Barrack Obama dressed up in the attire of Satan has now gone viral on the internet. The image was originally uploaded on Instagram by Annemarie Hope, an artist known for illustrating Satanic churches in her profile. The photo appeared with the caption, 'Class and Grace, You are my favorite', and it soon went viral on the online space. However, Hope soon deleted the photo for unknown reasons. As Hope deleted the image, many of her followers asked why she had deleted the creepy photo, and she replied, "too much hate and not enough support''. After the image went viral, skeptics apparently used various techniques to understand whether the image was edited by any means. However, even after applying various filters to the image to check its authenticity, these skeptics failed to find anomalies. Source

"I protest highly against a different text, which people may dare publish after my death. I protest once more against the very false statements of all those who dare say and write First that I embroidered the Secret; second, against those who state that the Queen Mother did not say to transmit the Secret to all her people." Melanie