WASHINGTON, April 18, 2017 — Defense Secretary Jim Mattis began a visit to Saudi Arabia today to discuss efforts to strengthen commitments to the U.S.-Saudi security partnership. Saudi Arabia has been a key security ally for more than seven decades, Mattis said en route to the kingdom. The country remains a "pillar of our security framework for the region and for American interests," he told reporters traveling with him. Discussions with King Salman and his principal subordinates will include the country's security situation and "how we can deepen and broaden our strategic relationship with them," the secretary said. After concluding his Saudi Arabia visit, Mattis will travel on to Egypt, Israel, Qatar and Djibouti. The aim of the five-nation tour, Pentagon officials said in announcing the trip, is to reaffirm key U.S. military alliances, engage with strategic partners in the Middle East and Africa, and discuss cooperative efforts to counter destabilizing activities and defeat extremist terror organizations. US Department of Defense

RIYADH, Saudi Arabia -- The Saudi-led military coalition fighting in Yemen said one of its helicopters crashed in eastern Yemen on Tuesday, killing 12 Saudi officers in one of the deadliest incidents for the kingdom’s troops since the war began more than two years ago. The Black Hawk helicopter crashed in the eastern province of Marib, the coalition said, adding that it is investigating the circumstances. The incident happened as U.S. Defense Secretary James Mattis arrived in the Saudi capital, Riyadh, to discuss the Yemen war with Saudi leaders. The coalition of mostly Arab Sunni countries has waged a campaign to dislodge Yemeni Shiite rebels, known as Houthis, who seized Yemen’s capital and some other areas in 2014 and forced the internationally-recognized government to flee the country.


Assembly Of Sikorsky S-70 BLACK HAWK Helicopters In The Kingdom.

RIYADH, Feb. 23, 2016 – Sikorsky, a Lockheed Martin Company (NYSE: LMT) today signed an agreement with Taqnia Aeronautics to jointly explore helicopter production opportunities in the Kingdom of Saudi Arabia. The new agreement outlines the investment, technology and skills needed to establish production jobs for Saudi citizens, and could lead to direct involvement in the assembly of Sikorsky S-70 BLACK HAWK helicopters in the Kingdom. Source>>>>> 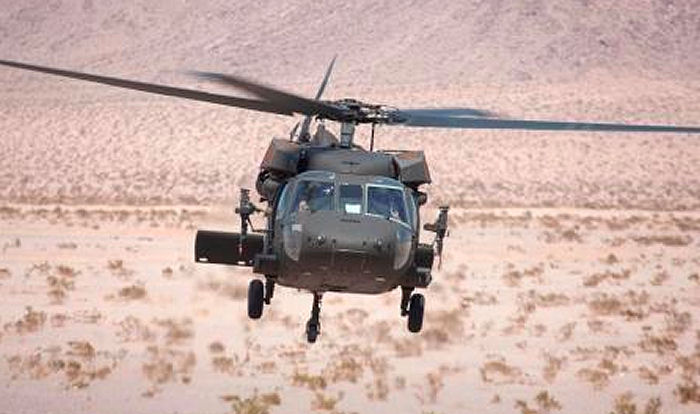