CIA, FBI Launch Manhunt For MUSLIM Leaker Who Gave Top-Secret Documents To WikiLeaks...Gee You Think You Might Start With Pamela Anderson?

WASHINGTON -- CBS News has learned that a manhunt is underway for a traitor inside the Central Intelligence Agency. The CIA and FBI are conducting a joint investigation into one of the worst security breaches in CIA history, which exposed thousands of top-secret documents that described CIA tools used to penetrate smartphones, smart televisions and computer systems. Sources familiar with the investigation say it is looking for an insider -- either a CIA employee or contractor -- who had physical access to the material. The agency has not said publicly when the material was taken or how it was stolen. Much of the material was classified and stored in a highly secure section of the intelligence agency, but sources say hundreds of people would have had access to the material. Investigators are going through those names. The trove was published in March by the anti-secrecy organization WikiLeaks.In his first public comments as director of the CIA just last week, Mike Pompeo railed against WikiLeaks and its founder Julian Assange. “It is time to call out WikiLeaks for what it really is: A non-state hostile intelligence service often abetted by state actors like Russia,” he said. WikiLeaks has said it obtained the CIA information from former contractors who worked for U.S. intelligence. The CIA has not commented on the authenticity of the WikiLeaks disclosures or on the status of the investigation. CBS 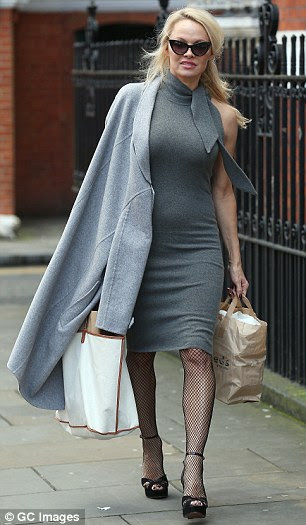 NIPPLES HARD ...MUST BE CARRYING THE 'GOODS'