Did You Pray For The Destruction Of The Airline Industry During Palm Sunday Mass? DOOM For Rex Tillerson! Black Smoke Covers Vnukovo Airport In Moscow As Tillerson's Plane Lands! 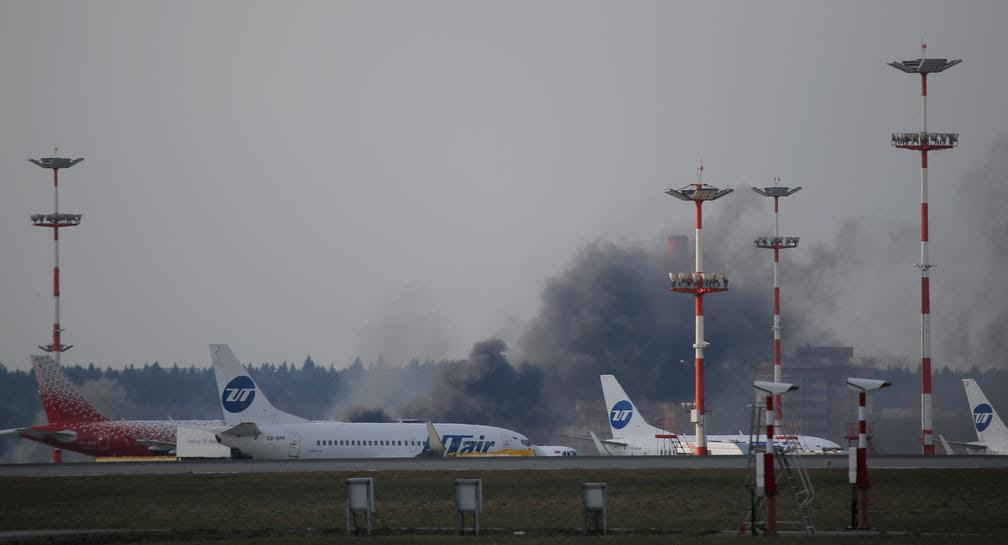 BREAKING Report of black smoke at Vnukovo Airport in Moscow

A Reuters photographer at Moscow’s Vnukovo airport said on Tuesday there was black smoke rising from a part of the airfield where planes are parked.

UPDATE 1333 UTC End of fire.
UPDATE 1330 UTC Russian authorities says fire from direction of Vnukovo airport in Moscow is due to burning grassland.

U.S. Secretary of State Rex Tillerson is due to land at the airport on Tuesday afternoon to begin a visit to Moscow. The photographer said when the smoke was spotted, Tillerson’s aircraft had yet to land. Air Live>>>>>>>>>