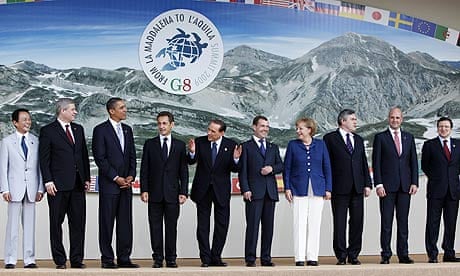 Intercepted communication between Japanese and German diplomats reveal plans and concerns regarding the negotiations on climate change to be had at the G-8 summit in Copenhagen in 2009.

(TS//SI//NF) Japan, preparing for its role as chairman of the Group-of-8 (G-8) summit at Lake Toya early in July, has given notice that it intends to strive for a long-term commitment on climate change with specific figures, while Germany believes that the crucial issue at the summit is whether the U.S. will accept going beyond Heiligendamm (the site of last year's G-8 summit) language in the framework of the G-8 if the emerging countries do not accept numerical targets at the Major Economies Meeting (MEM). (According to press reports, leaders from 16 countries, including the members of the G-8 plus China, India, Brazil, Australia, Indonesia, South Korea, South Africa, and Mexico, plan to discuss climate change on the margins of the G-8 summit in Japan.) Masaharu Kono, Japan's G-8 sherpa, emphasized Tokyo's position in an exchange with his German counterpart, Bernd Pfaffenback, on 17 June, while Pfaffenback provided his country's take on the issues to be addressed at Lake Toya. The German also noted that, in response to a U.S. request, his country would likely give up its demand for a 25- to 45-percent mid-term carbon dioxide reduction at the MEM. In addition, he does not believe that the emerging economies are willing to go beyond the Bali language at present, his feeling being that they prefer instead to wait until next year's G-8 summit in Copenhagen, because they do not wish to give up things now that they might be prepared to give up later. It is also Pfaffenback's position that a failure of the emerging economies to accept a long-term goal with numbers, even in brackets, would pose difficulties for the G-8 and possibly lead to a clash at the summit itself if there is no fallback position.