Duterte's Drug War Bringing Back Nazi Practice of Stripping Prisoners Naked! Just Like The Nazi's Did To The Jews During The Holocaust! 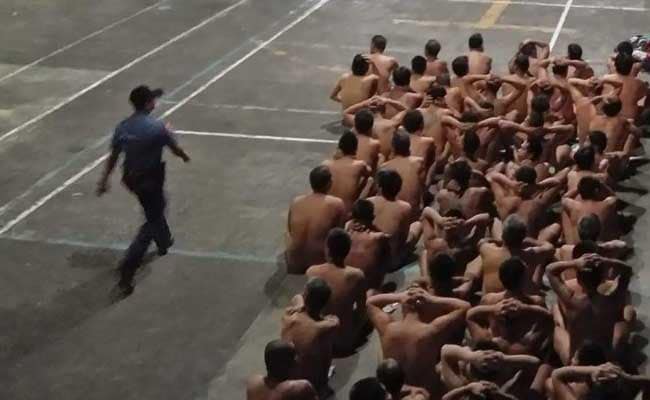 Photos showing hundreds of prisoners in a Philippine jail sitting naked while being searched for contraband have triggered accusations of further rights abuses in President Rodrigo Duterte's deadly war on drugs. The inmates of the Cebu provincial jail were woken before dawn on Tuesday, herded into the jail's quadrangle and forced to strip while anti-drug agents, police and military searched their cells, prison officer Rafael Espina told AFP. 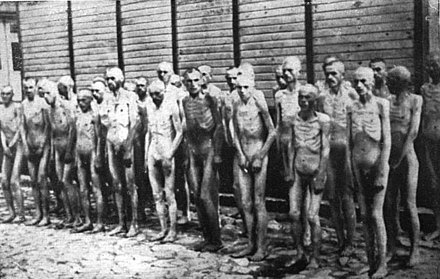 Photos released by the Philippine Drug Enforcement Agency and provincial police showed the inmates sitting naked and cross legged in neat rows on the concrete quadrangle, illuminated by spotlights, as armed police guarded them. A statement released by the drug enforcement agency said the raid had netted "several packets" of methamphetamines and marijuana leaves, as well as knives and mobile phones. With the photos gaining traction on social media, human rights groups voiced concern. "This incident clearly amounts to cruel, inhumane and degrading treatment of prisoners," Amnesty International said in a statement.

Amnesty cited United Nations' standards and Philippine laws in highlighting the obligation of authorities to ensure prisoners were not subjected to torture or ill-treatment. Human Rights Watch also said international standards prohibited searches that intimidated or unnecessarily intruded upon a prisoner's privacy. "The conduct of these searches -- out in the open and permitting photographs to be taken -- was inhuman and degrading and violated the prisoners' rights to privacy," Human Rights Watch said in a statement. Philippine Drug Enforcement Agency spokesman Derrick Carreon said the stripping of the inmates was on the order of the provincial governor and the guards. Yahoo Read More>>>>>>>> 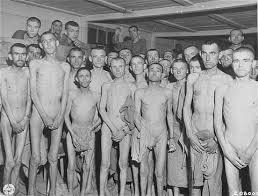