FBI Uses Best Buy Geek Squad To Spy On You

In 2016, the defense lawyer claimed the FBI made Best Buy an unofficial wing of the agency by incentivizing Geek Squad employees to dig through customers' computers, paying $500 each time they found evidence that could launch criminal cases. OC>>>>>> 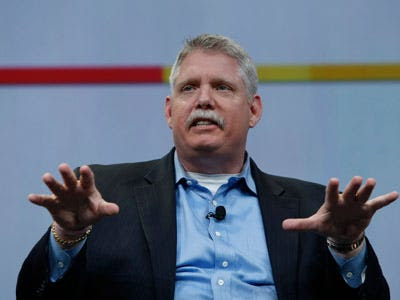 Best Buy's former chief executive Brian Dunn violated company policy by engaging in a relationship with a female subordinate, the company's board of directors said today in a filing with the SEC. However, Best Buy said Dunn did not misuse a corporate plane and the company will pay him nearly $3 million in severance — on top of more than $2.5 million in vested shares. "Mr. Dunn's relationship with the female employee demonstrated extremely poor judgment and a lack of professionalism," the Board said. BI>>>>>>>>>