Put Down Your GUNS For LENT! Anothoer Survivor Of Parkland School Shooting,Commits SUICIDE With GUN To The Head..... I thought they were against guns?


Put Down Your GUNS For LENT! Survivor Of Parkland School Shooting, SYDNEY AIELLO KILLS SELF SHOT TO THE HEAD.......  March 22, 2019

Sydney Aiello, a student who survived the Marjory Stoneman Douglas High School shooting in Parkland, Florida, and graduated last year took her life over the weekend, officials said. She was 19. Aiello had been close friends with Meadow Pollack, one of the victims of the Feb. 14, 2018, mass shooting at the school that left 14 students and three staff members dead. "Beautiful Sydney with such a bright future was taken from us way too soon," Pollack's brother, Hunter, wrote on Twitter. Aiello died from a gunshot wound to the head, according to Heather A. Gálvez, with the Broward County Medical Examiner's Office. "The death of Sydney Aiello is tragic, shocking and heartbreaking, and surely at least in significant part the result of the ripple effect of the MSD shooting," a statement from Pollack's family said. A GoFundMe account set up for Aiello's family said the teenager's passions were cheerleading, yoga "and brightening up the days of others." Source

PARKLAND, Fla. - A student at Marjory Stoneman Douglas High School died of an apparent suicide Saturday, raising fresh concerns after a 19-year-old survivor of the 2018 mass shooting took her own life just days earlier. The Coral Springs Police Department confirmed Sunday that a student had died, but officers did not identify the student. Sydney Aiello, who was a student at Stoneman Douglas during the shooting, died last Sunday. Her mother, Cara, told CNN that Aiello, a student at Florida Atlantic University, suffered from survivor's guilt and had recently been diagnosed with post-traumatic stress disorder. Aiello was on campus on the day of the shooting, but was not in the building where the victims were killed. She was a close friend of Meadow Pollack, one of the 17 people who were killed. On social media, many survivors and parents of the victims referred to the Aiello and the student who died Saturday as the latest victims of the shooting. "How many more kids have to be taken from us as a result of suicide for the government or school district to do anything? RIP 17+2," said David Hogg, an MSD graduate and political activist. Stoneman Douglas Principal Parkland Ty Thompson and Parkland Mayor Christine Hunschofsky directed people to the Broward County Resiliency Center in Pine Trails Park. The center offers crisis and grief counseling. Students will not return to Marjory Stoneman Douglas on Monday because the district is on spring break. Source 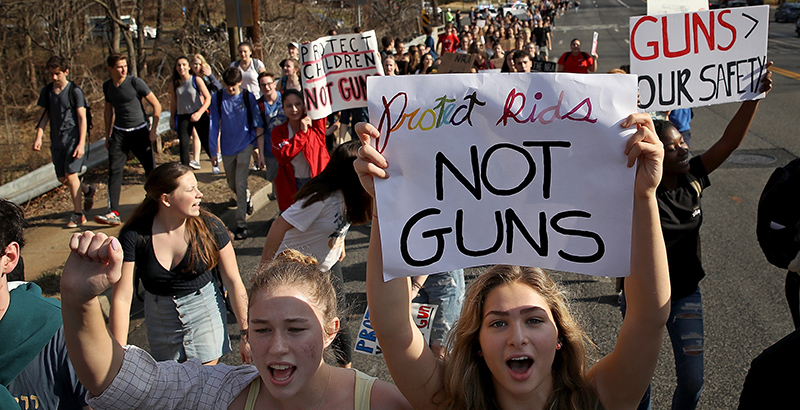