Did Economist Alan Krueger Go The Way Of A Rock Star By Hanging Himself During AUTO-EROTIC ASPHYXIATION?

How did anyone know it was a suicide?

Because he hung himself.

There isn't one - because he didn't commit suicide.

He hung himself by engaging in what most Rock Stars engage in ant that is Auto-Erotic Asphyxiation.

It was an accidental death. 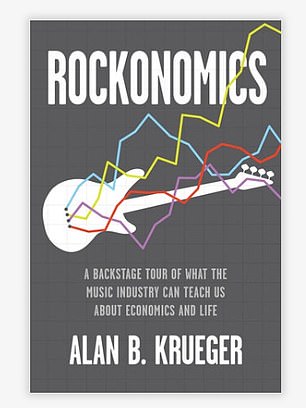 Why did Obama and Clinton economic adviser, 58, take his own life despite having a new book coming out in June?

The suicide of Alan Krueger, a former Obama and Clinton adviser who killed himself this weekend, has shocked the worlds of politics and business where he was universally revered. Krueger, 58, had a new book coming out in June and was still a member of faculty at Princeton University in New Jersey. He lived at home with his wife Lisa, with whom he has two children, Benjamin, 28, and Sydney, 26. He is survived by them, his elderly parents and siblings. The family confirmed that he killed himself in a statement that was released by Princeton on Monday but no further details surrounding his death have emerged. Krueger, who served as a top adviser to both Obama and Clinton, recently completed his sixth book, Rockonomics. The book, which will be released in June, 'uses the music industry, from superstar artists to music executives, from managers to promoters, as a way in to explain key principles of economics, and the forces shaping our economic lives.' Source 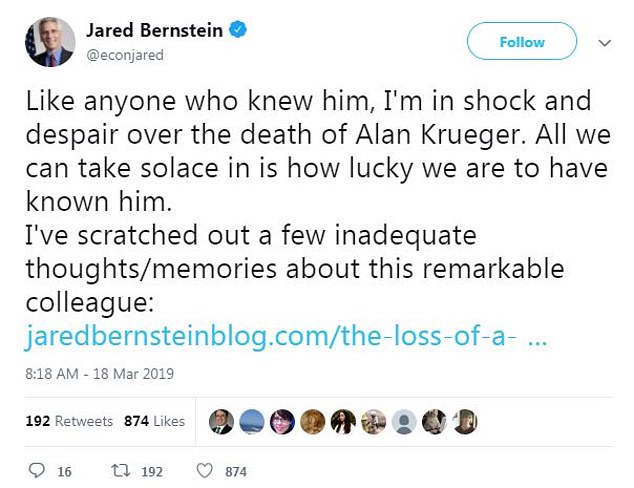 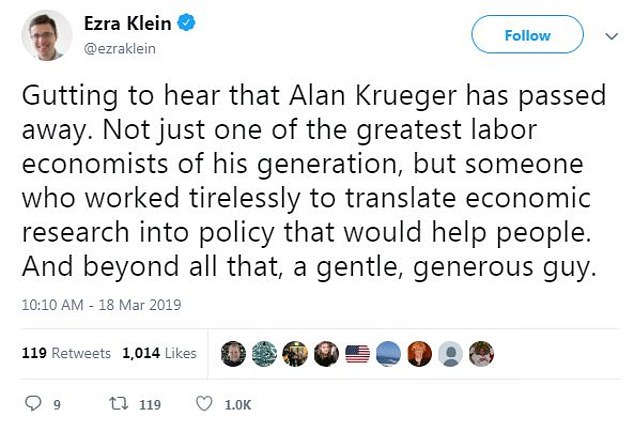 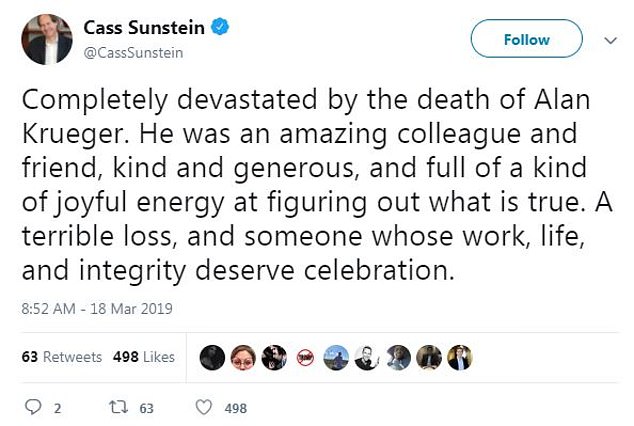