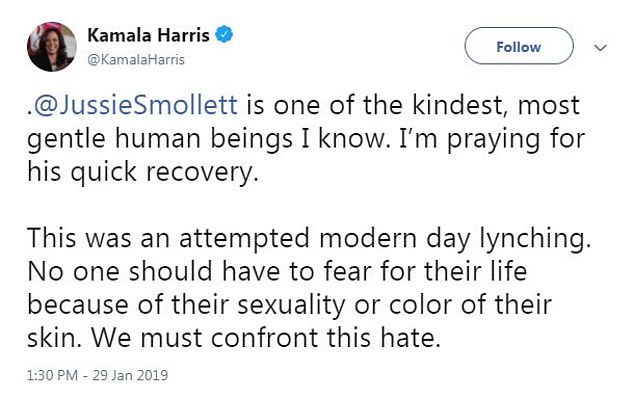 The Latest on the presidential candidates (all times EST):

California Sen. Kamala Harris says she won’t comment again on the investigation into a reported attack on “Empire” actor Jussie Smollett until an investigation is completed. Speaking to reporters in Concord, New Hampshire, on Monday during her first 2020 presidential campaign trip here, Harris says that “the facts are still unfolding” and that while she is “very concerned” about Smollett’s initial allegation and that it should be taken seriously, “there should be an investigation.” She says, “I think that once the investigation is concluded, then we should all comment, but I’m not going to comment until I know the outcome of that investigation.” Harris previously tweeted that the alleged attack was “an attempted modern day lynching.” She will hold a town hall later Monday in Portsmouth, her first of the 2020 cycle. Source