'Which Tweet, Which Tweet': Democratic Presidential Candidate Kamala Harris Is Caught Off Guard When Probed About Her Earlier Post About The 'Modern Day Lynching' Of Empire Actor Jussie Smollett 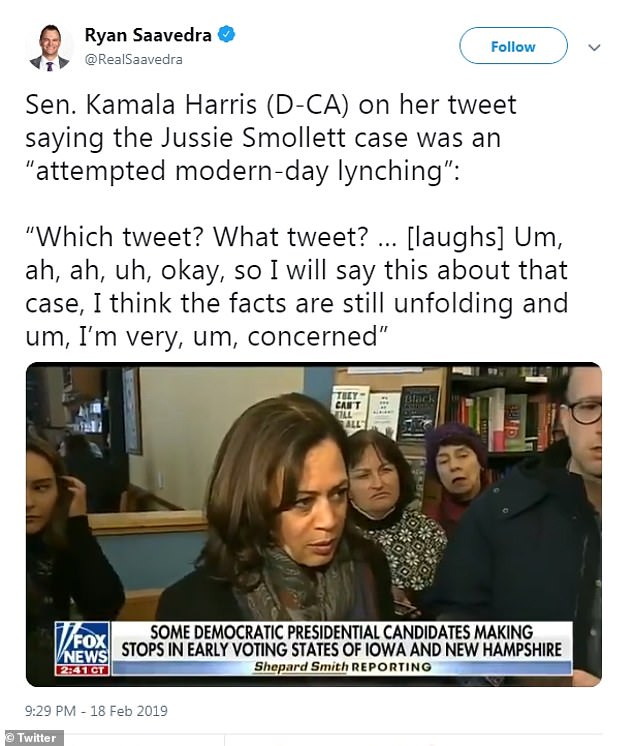 'Which tweet, which tweet': Democratic presidential candidate Kamala Harris is caught off guard when probed about her earlier post about the 'modern day lynching' of Empire actor Jussie Smollett

Democratic presidential candidate Senator Kamala Harris appeared to be taken aback when she was probed about the latest allegations facing Empire star's Jussie Smollett's orchestrated attack. During a visit to a bookstore in Concord, New Hampshire, the senator from California was asked by a reporter to comment on a tweet made on January 29 about Mr Smollett's alleged assault which she called 'a modern day lynching.' The alleged attack saw two men hurl racist and homophobic abuse at the actor, who is black and openly gay, as he returned to his Chicago apartment. Source