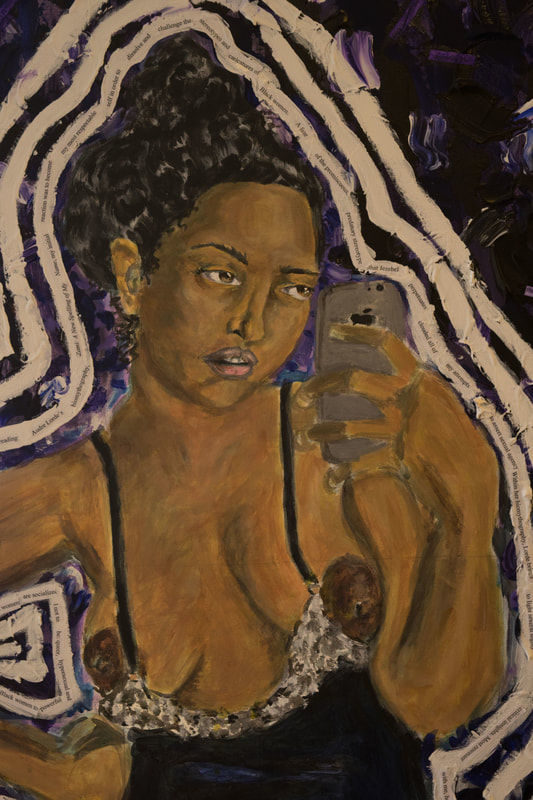 Everyone knows a white boy with shiny brown hair and a saccharine smile that conceals his great ambitions. He could be in Grand Strategy or the Yale Political Union. Maybe he’s the editor-in-chief of the News. He takes his classes. He networks. And, when it comes time for graduation, he wins all the awards.

One day, I’ll turn on the television — or, who knows, maybe televisions will be obsolete by this point — and I’ll see him sitting down for his Senate confirmation hearing. Yes, he’ll be a bit older, with tiny wrinkles sprouting at the corners of his eyes and a couple of gray hairs jutting out of the top of his widow’s peak. But that smile, that characteristic saccharine smile, will remain the same.

When I’m watching the white boy — who is now a white man by this point — on CNN, I’ll remember a racist remark that he said, an unintentional utterance that he made when he had one drink too many at a frat party during sophomore year. I’ll recall a message that he accidentally left open on a computer when he forgot to log out of iMessage, where he likened a woman’s body to a particularly large animal. I’ll kick myself for forgetting to screenshot the evidence.

And, when I’m watching him smile that smile, I’ll think that I could have stopped it.

No, not everyone at Yale is evil. Not everyone is out to get you, and not every request to get a meal has an ulterior motive. But I’ve felt particularly introspective as graduation approaches. The Kavanaugh trial was months ago, but still has an indelible effect on me. Upon seeing the recent movie, Vice, the thought of my classmates’ future actions came to my mind again. I won’t get into the specifics of the movie here, but it discusses how certain foreign policy decisions made by the Bush administration endangered the lives of Iraqi citizens and made insurgency movements worse. Dick Cheney attended Yale for a time too, even if he didn’t actually graduate. It put the power of this institution into perspective, and led me to reckon with the fact that many of us will become extremely influential. Some of our peers will sit in war rooms with red buttons, capable of making life-or-death decisions in a split second. All of these things made me ask myself: What will the classmates who made those unintentional utterances, those subtle racist remarks, those assaults toward women, be doing on the eve of our 15th reunion?

Will they be high officials? CEOs of large companies? Presidents, even?

Probably. What is to be done about this situation? I’m not sure that the administration cares much about changing it. Surely, Yale needs rich — and notable — alumni to donate in order to keep the school afloat, but what do I know? I’m not in charge of the endowment. I don’t write the glossy pamphlets touting the seemingly countless resources that Yale has to offer.

This problem begins far before our classmates graduate, and we need to call them out on their transgressions — boldly and publicly. Anna Blech’s ’19 column on Daniel Tenreiro-Braschi ’19 was a good example of this. We should make instances of sexual assault and harassment public knowledge. Whisper networks, which are known as private chains of information which pass along knowledge of sexual assault, are useful, but insufficient in spreading information about indiscretions.

I think that we need to continue to call our classmates out, but it’s still not enough. After all, it wasn’t enough to stop Kavanaugh’s confirmation.

To be honest, I’m not sure what the solution is. This expands beyond vocalizing problems about sexual assault: The core of this problem has to do with our values. The problem isn’t just the Yale administration; it’s Yale students. We allow things to skate by. We forget. We say, “No, he couldn’t have done that,” or, “But he’s so nice.” No questions are asked when our friends accept job offers from companies that manufacture weapons or contribute to gentrification in cities. We merely smile at them and wave as we walk across our residential college courtyards and do nothing. Thirty years later, we kick ourselves when it’s too late.

But I can’t do that anymore — I can’t let things slip by. I’m watching you, white boy. And this time, I’m taking the screenshot.

Isis Davis-Marks is a senior in Jonathan Edwards College. Her column runs on alternate Thursdays. Contact her at isis.davis-marks@yale.edu