A Washington Post reporter dropped a bombshell Thursday night: that investigators working for Jeff Bezos believe “a government entity” may have obtained his text messages, and rather than a phone hack, that this is how the National Enquirer got them.

Bezos hired a team of investigators to look into how, late last year, the Enquirer obtained the raunchy text messages he exchanged with Lauren Sanchez while still married to his longtime wife. The billionaire founder of Amazon claimed in an explosive post published Thursday that the Enquirer, which is published by Trump-pal David Pecker, recently tried to extort him by threatening to release explicit photos he sent Sanchez if he continued the investigation.

“They have begun to believe, the Bezos camp, that this publication by the National Enquirer might have been politically motivated,” Roig-Franzia said. Source 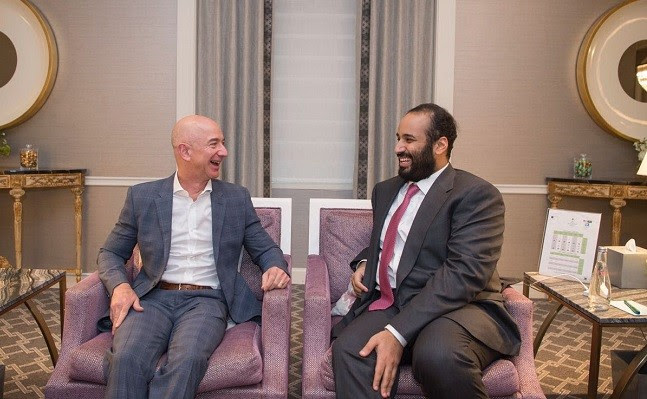