THE SINS THAT CRY TO HEAVEN FOR VENGEANCE
Q. 925. HOW many such sins are there?
A. Four.
Q. 928. What is the second?
A. The sin of Sodom, or carnal sin against nature, which is a voluntary shedding of the seed of nature, out of the due use of marriage, or lust with a different sex.
Q. 929. What is the scripture proof of this?
A. Out of Gen. xix. 13. where we read of the Sodomites, and their sin. “We will destroy this place because the cry of them hath increased before our Lord, who hath sent us to destroy them,” (and they were burnt with fire from heaven.)


Andrew Getty, an heir to the billion-dollar Getty oil fortune who was found dead at his Hollywood Hills home Tuesday, suffered from a serious medical condition that put him at “grave risk of substantial and irreparable injury or death,” according to court documents. The 47-year-old did not specify what his condition was in the documents, which were filed March 16 in support of a restraining order he sought against Lanessa DeJonge, who police described as an on-again, off-again girlfriend of Getty’s. But Getty said his doctors had advised “that heated arguments can cause my blood pressure to rise dangerously,” putting him at “serious risk.” Getty said he was diagnosed with the condition in the fall of 2013.  LA Time Read More>>>>>> 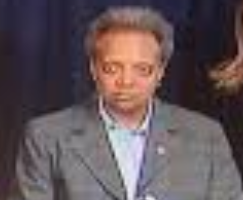