Popeyes Fires Pregnant Employee Marissa Holcomb Over $400 That Was Taken At Gunpoint Then Hires Her Back Over PR Disaster!! 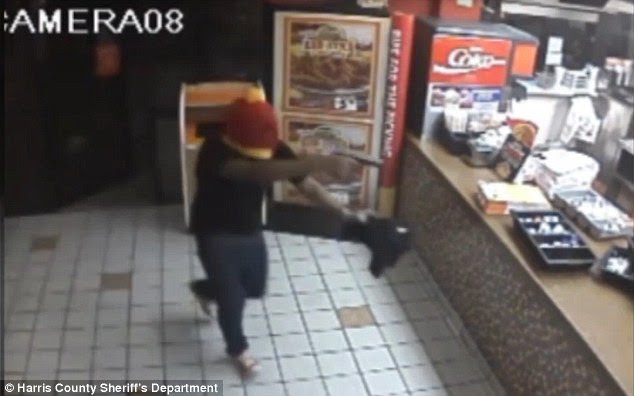 Q. 925. HOW many such sins are there?
A. Four.
Q. 928. What is the second?
A. The sin of Sodom, or carnal sin against nature, which is a voluntary shedding of the seed of nature, out of the due use of marriage, or lust with a different sex.
Q. 929. What is the scripture proof of this?
A. Out of Gen. xix. 13. where we read of the Sodomites, and their sin. “We will destroy this place because the cry of them hath increased before our Lord, who hath sent us to destroy them,” (and they were burnt with fire from heaven.)
Q. 932. What is the fourth?
A. To defraud working men of their wages, which is to lessen, or detain it from them.
Q. 933. What proof have you of it?
A. Out of Eccl. xxxiv. 37. “He that sheddeth blood and he that defraudeth the hired man, are brethren,” and out of James v. 4. “Behold the hire of the workmen that have reaped your fields, which is defrauded by you, crieth, and their cry hath entered into the ears of the Lord God of Sabbath.”

First the firing:
A pregnant Popeyes employee in Texas says that she was fired from her job at the fast food chain after being robbed and refusing to personally pay back the money that was stolen. Marissa Holcomb, who is five months pregnant with her fourth child, was held at up at the fried chicken chain store in Channelview on March 31. A man armed with a handgun and his face concealed by a red beanie ran into the store and jumped the counter, forcing Holcomb to empty the registers before making off with $400. However afterwards, Holcomb, shaken by the experience, was given an ultimatum by her managers - replace what was taken or lose her job. Daily Mail Read More>>>>>

Now the rehiring:
It's gonna take more than biscuits and Louisiana fried chicken to make nice with one former Popeyes employee. This week a manager at a Popeyes in Texas claimed she was fired after failing to pay back money that was stolen from the establishment at gunpoint. Marissa Holcomb sat down with KHOU 11 and said that her manager told her to pay up or pack up. She refused to pay. The following day a member from Popeye's parent company offered Holcomb her job back along with $2,000 in back pay. But, the pregnant mother of three says she isn't sure if she's willing to go back. Last year an employee at Autozone was also fired following a robbery. But this time, the employee actually stopped the thief with his own personal weapon. AOL Read More>>>>>>

Popeyes doesn't care what is JUST. Popeyes only cares about the bottom line that bad publicity destroys.....