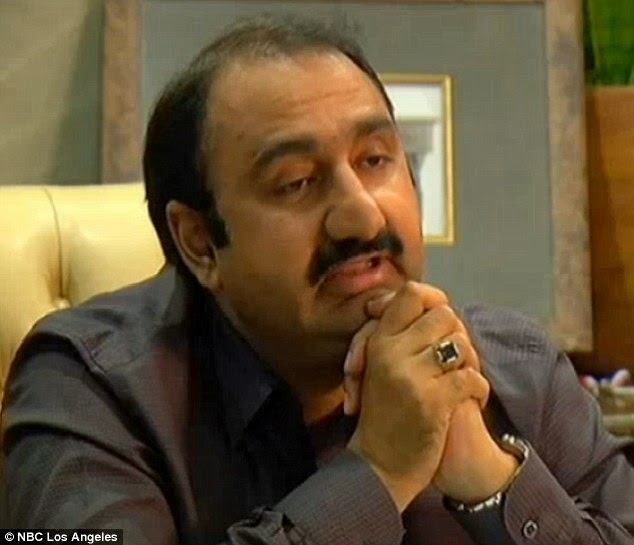 Another "Giant" using his talents of wealth and power for ill has been cast down:


Jesus Christ received power over all, he employed it, and that presently, to the good of all; by which example he seemed to speak unto us, as well as to his disciples, and say: You that are giants of the earth,and have received great power, strength, health, wealth, wisdom, learning, or any other Talent, from the hands of God, use it not to the wrong, and oppression of the weaker sort, nor any other wickedness or ill example of others, as those giants aforesaid did; you know what happened unto the Princes of the Madianites as aforesaid; I am the same I was then, I say no more but this, Potent men, if they abuse their potency, shall be potently punished, when time is. ~ Fr Thomas Hill 1634

One of the major financial backers of President Barrack Obama's 2012 re-election campaign has been indicted in an alleged multi-million dollar insurance swindle. Kareem Ahmed, the president and CEO of Ontario firm Landmark Medical Management, is accused of masterminding the scheme and is facing charged of conspiracy, insurance fraud and involuntary manslaughter, according to TPM. Ahmed and 15 of his associates - most of them doctors and one pharmacist - were indicted by a California grand jury, TPM reported. He is accused of developing topical cream formulas 'based on the profitability of the ingredients' and bribing doctors who treated workers' compensation patients to prescribe them.Ahmed paid physicians a total of more than $25 million to dispense the compound creams, according to KPCC. The alleged operation is said to have gone on from June 15, 2010, to December 31, 2012. It also involved filing false insurance claims with different insurance companies. The amounts individual doctors received between 2010 and 2013 ranged from $600,000 to more than $2.5 million Among those Ahmed paid were Daniel Capen, M.D. (more than $2.5 million); Andrew Jarminski, M.D. (more than $1.9 million); pharmacist Michael Rudolph (more than $1 million); and Rahil Kahn, M.D. (more than $1 million), according to the indictment. Daily Mail Read More>>>>>>