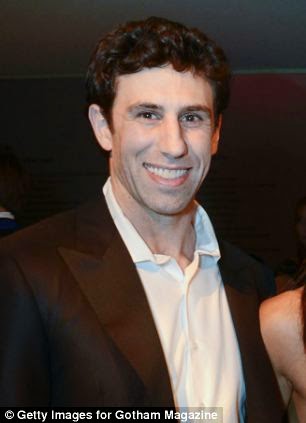 He told his mother he was gonna get more - so now he has to sue to make mamma proud!

Here read the reason why this Jew made the news:

An ex-Goldman Sachs hotshot trader is suing the investment bank after his 2010 bonus was almost $5 million less than he had told his mom he was going to get, it was revealed today. Deeb Amin Salem, 35, was less than impressed when he received an annual bonus of ‘just’ $8.25m instead of the $13m he had been bragging about. Salem ran a massively successful mortgage-trading desk at Goldman and claims he helped the bank earn more than $7 billion, according to Financial Industry Regulatory Authority (FINRA) arbitration documents ‘Let’s be very clear: I was one of the most sought-after investment professionals in the mortgage industry,’ Salem said during the February 25 hearing, reports Bloomberg News. ‘I had the opportunity throughout the course of my career and throughout - from that day, from almost every month that I was at Goldman, to leave for other opportunities.’  Daily Mail Read More>>>>>