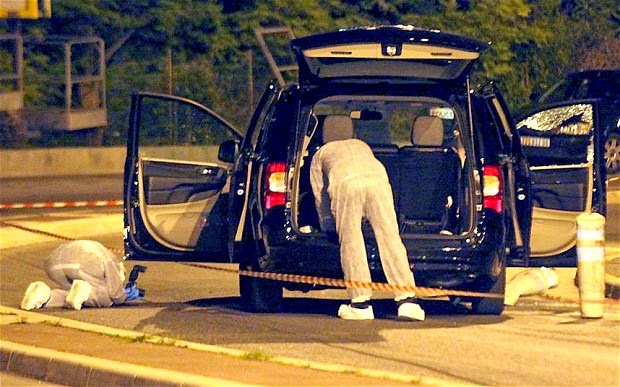 A billionaire Monaco heiress and her Cambridge University graduate husband were in custody last night suspected of 'masterminding' the assassination of her equally wealthy mother. Hélène Pastor, a 77-year-old socialite and businesswoman who was close to the royals who run the Mediterranean principality, was gunned down in a hail of bullets on May 6. She and her chauffer both died of their wounds following the attack outside L'Archet hospital in the French city of Nice, which is a short drive from Monaco. Now police believe that her daughter, Sylvia Pastor, 53, and her husband, Wojciech Janowski, 65, ordered the Mafia-style hit. A total of 19 arrests have been made in connection with the attack in French cities including Nice, Marseille and Rennes. A spokesman for the Marseille prosecutor, which is leading the investigation into the double murder, said: 'A number of arrests have been made, and a police operation in connection with the killings is ongoing.' The spokesman confirmed French media reports that Sylvia Pastor was among those arrested, along with Wojciech Janowski, who has been Poland's Honorary Consul in Monaco since 2007. Daily Mail Read More>>>>