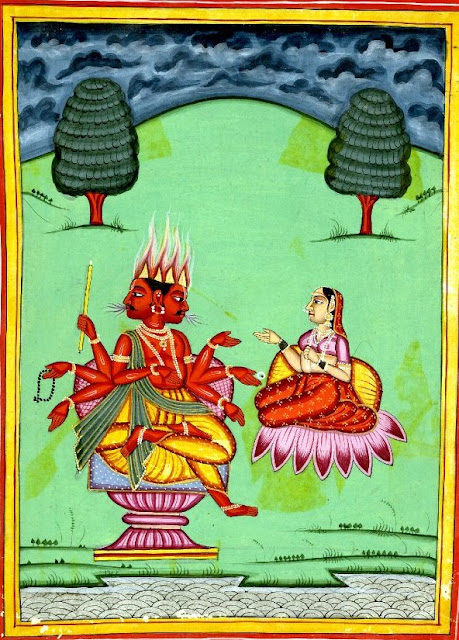 Gender neutral clothing for kids? Who would have thought that such an open tolerant happy face company would help to bring down the vengeance of God upon us all?

The End of Boys and Girls: These Companies Are Going to Change How Your Kids Dress

Ever since Jaya Iyer's daughter was a toddler, she had been fascinated by Saturn and its icy rings. When Swaha turned three, she had a space-themed birthday party. But when her mom went to find clothes with space images for Swaha, she couldn't find any. They were all in the boys section. So the 41-year-old mother of two, who has a doctorate in fashion merchandising, started her own business called Svaha (which is how her daughter's name is pronounced) to sell clothes that upend gender stereotypes. One shirt features a grinning green stegosaurus, the plates on its back adorned with polka dots. A second comes in a blazing pink hue, with an astronaut planting an American flag on the moon. That one should satisfy her daughter. "She was very upset with me for not ever buying her anything with astronauts on it," Iyer says. "Then she started telling me: 'I want a ninja on my shirt.'" Read More>>>>>

Svaha is the name of a Hindu goddess:

Svāhā is a minor goddess, and the wife of Agni. She was originally a nymph[citation needed] but became immortal after marrying Agni. In some versions, she is one of the many divine mothers of Kartikeya. She is also the mother of Aagneya (Aagneya) - the daughter of Agni. She is considered to be a daughter of Daksha. She is thought to preside over burnt offerings. Her body is said to consist of the four Vedas and her six limbs are the six Angas of the Vedas.It is said that the gods to whom offerings are being made through yagna refuse the offerings unless the word 'svaha' is uttered during the sacrifice. Wiki>>>>>>

About Us
Svaha is named after the daughter of the company founder, Jaya, and it was created after she was unable to find a girls' astronaut shirt for her space-obsessed 3-year-old daughter. She realized there was a missed market for kids who like things that aren't gender traditional, so she teamed up with 2 other mothers in the apparel industry to create a line of products that will change the landscape of the children's apparel industry. The apparel & home goods products in the Svaha line are intended to break down gender stereotypes & teach kids that it's okay to like anything they want!

At Svaha we believe that children learn what they are ‘supposed’ to like from a very young age, and if the only options they have to choose from are gender traditional, we are inadvertently marketing gender stereotypes to our own children. Why do we decide pink is for girls and purple is not something that boys should wear? Why do we never see a girl firefighter on a girl’s t-shirt, when everyone knows just how cool firefighters are? We want to make a change! Help us start a revolution in children's apparel - one t-shirt at a time! Read More>>>>