Sodomites Emily Jensen, 33 & Melanie 'Melly' Testa, 45 Remove Breasts To Prove Something Wonderful About Sodomy Or Some Such Nonsense...... 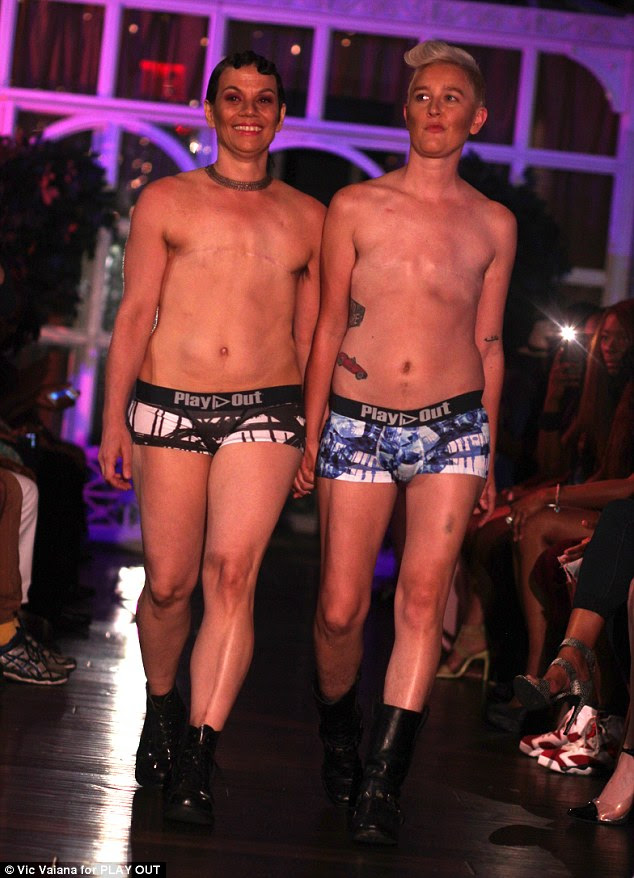 Two breast cancer survivors, who underwent double mastectomies and opted not to have breast reconstruction, proudly strutted down the catwalk topless during a New York City Gay Pride fashion show in the hopes of altering how society perceives gender and beauty. Emily Jensen, 33, and Melanie 'Melly' Testa, 45, from Seattle and Brooklyn, respectively, held hands as they walked down the runway wearing briefs from genderless underwear brand Play Out during 's Rainbow Fashion Week, a week-long series of events for LGBT designers. Earlier this year, Emily and Melanie posed topless for Play Out's powerful unisex underwear campaign, which aimed defy gender stereotypes and create awareness for 'flattoppers', or women who choose to forgo breast reconstruction after undergoing mastectomies and remain flat-chested. Daily Mail Read More>>>>>