How To Spot A Russian SPY? The Way He Dresses....Sergei Skripal & Girlfriend Committed Suicide.... 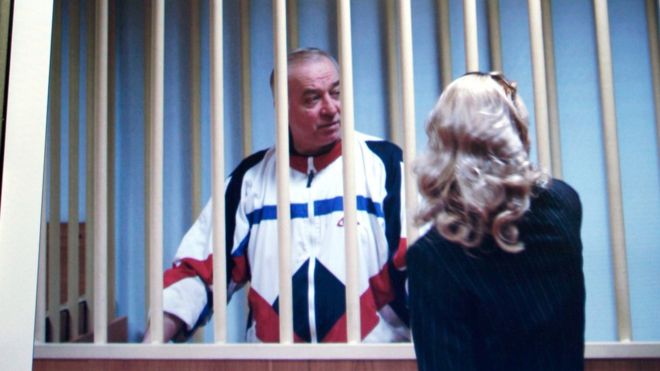 A man who is critically ill after being exposed to an unknown substance in Wiltshire is a Russian national convicted of spying for Britain, the BBC understands. Sergei Skripal, who is 66, was granted refuge in the UK following a "spy swap" between the US and Russia in 2010. He and a woman, 33, were found unconscious on a bench at a shopping centre in Salisbury on Sunday afternoon. The substance has not been identified. Police are investigating whether a crime has been committed, following the incident at the Maltings shopping centre. Col Skripal, who is a retired Russian military intelligence officer, was jailed for 13 years in 2006 for spying for Britain.He was convicted of passing the identities of Russian intelligence agents working undercover in Europe to the UK's Secret Intelligence Service, MI6. Russia said Col Skripal had been paid $100,000 for the information, which he had been supplying from the 1990s. He was one of four prisoners released by Moscow in exchange for 10 US spies in 2010, as part of a swap. Col Skripal was later flown to the UK. He and a woman, aged in her 30s, are both in intensive care at Salisbury District Hospital. Source