Will Trump Keep His Shirt on During His Vactation?

Left his shirt at home....will Trump do the same?


MOSCOW — Russian President Vladimir Putin has gone spearfishing in southern Siberia’s mountains, the latest outdoor exploit for the action man and adventure-loving Russian leader. Footage released Saturday by Russian state television stations showed Putin steering an inflatable boat and fishing bare-chested with a rod, accompanied by Defense Minister Sergei Shoigu and other officials. “It’s a good catch,” a beaming Putin said, displaying his spoils. During the trip earlier this week across pristine mountain rivers and lakes in the forested near the border with Mongolia, Putin also tried for the first time to fish underwater with a spear gun. Action camera footage showed Putin moving under water in a swimsuit and shooting a pike. “It’s very sly and cautious,” the president said of his prey after getting out. Source 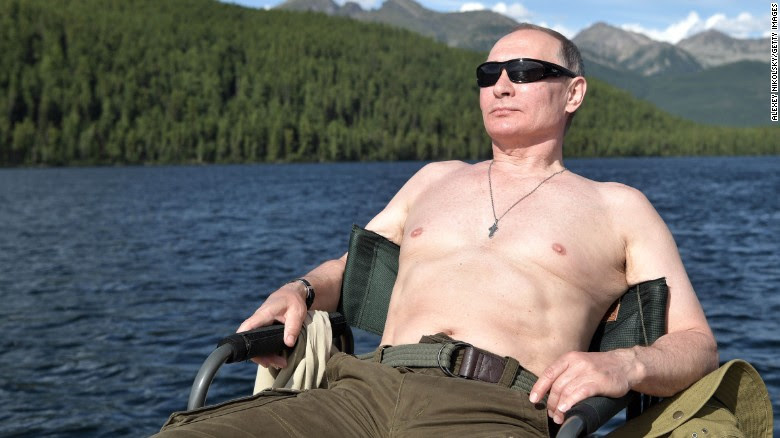