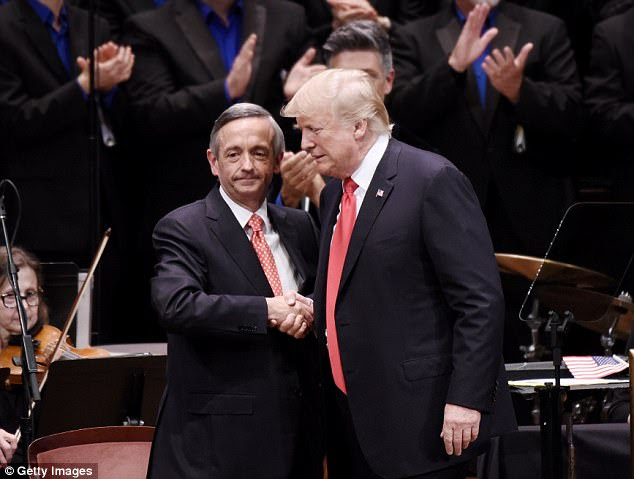 1. Obama is not longer the Antichrist. (according to Robbie Obama WAS the Antichrist for 7 years then lost that title when Obama left office!)
2. Trump has the go ahead from God to take out Kim Jong-Un

The abuse of scripture by a heretic:

"When it comes to how we should deal with evil doers, the Bible, in the book of Romans, is very clear: God has endowed rulers full power to use whatever means necessary - including war - to stop evil," Jeffress said. "In the case of North Korea, God has given Trump authority to take out Kim Jong Un."

Jeffress, who leads downtown's First Baptist Dallas, said in a phone interview that he was prompted to make the statement after Trump said that if North Korea's threats to the United States continue, Pyongyang will be "met with fire and fury like the world has never seen."

He said that many pacifist Christians will cite Romans 12, which says, "Do not repay evil for evil," but Jeffress says that that passage is referring to Christians, not to the government. "A Christian writer asked me, 'Don't you want the president to embody the Sermon on the Mount?'" he said, referring to Jesus' famous sermon. "I said absolutely not." Source


Typical heretical view of Romans that is embraced by most evangelical and Latin Mass traditional nut jobs.

Imagine!  This heretic believes that modern democracy can give birth to the Antichrist!