Trump's Pick For Army Secretary Billionaire Vincent Viola Drops Out Because Pentagon Wouldn't Allow The Transfer Of Florida Panthers Hockey To A Relative! 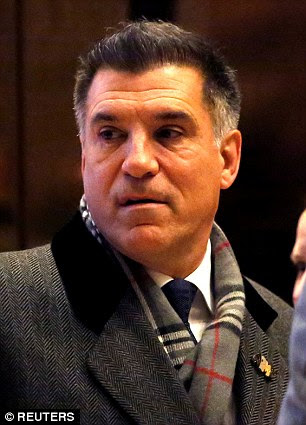 Vincent Viola, an Army veteran and founder of a high-speed trading firm nominated by President Donald Trump to be secretary of the Army, withdrew his name from consideration on Friday, citing his inability to get around Defense Department rules concerning his family businesses, the Military Times reported. It quoted Viola as saying in a statement that he would not be able to successfully navigate the confirmation process. Daily Mail >>>>>>>

Dante on how Cupidity will destroy the Trump Presidency: