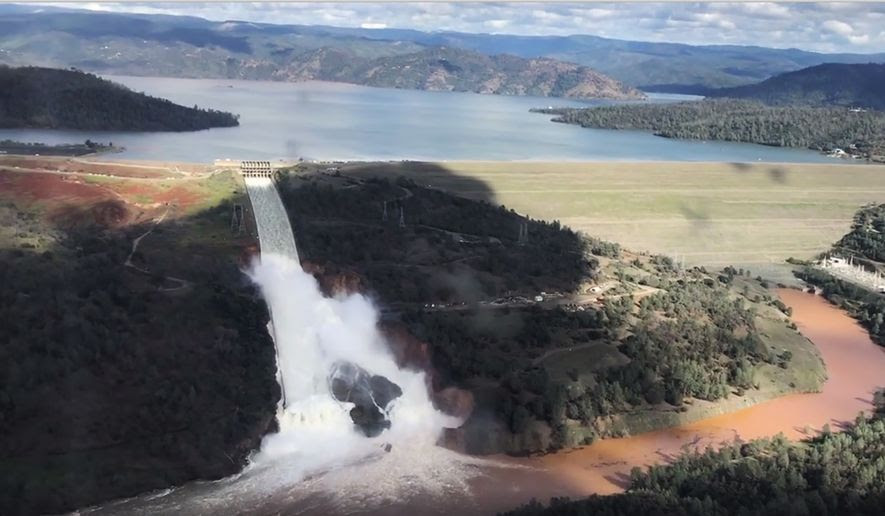 "We will be protected by God" Donald Trump
Remember Trump's promise that God will protect us?

Oroville Dam about to break.....

OROVILLE, Calif. — Thousands evacuated their Northern California homes Sunday evening after authorities warned an emergency spillway in the country’s tallest dam was in danger of failing and unleashing uncontrolled flood waters on towns below. About 150 miles northeast of San Francisco, Lake Oroville is one of California’s largest man-made lakes, and the 770-foot-tall Oroville Dam is the nation’s tallest. At least 130,000 people were asked to evacuate over concerns the dam’s emergency spillway could fail. Hundreds of cars were in bumper-to-bumper traffic on highways and at least two shelters said they were at capacity. WT Read More>>>>> 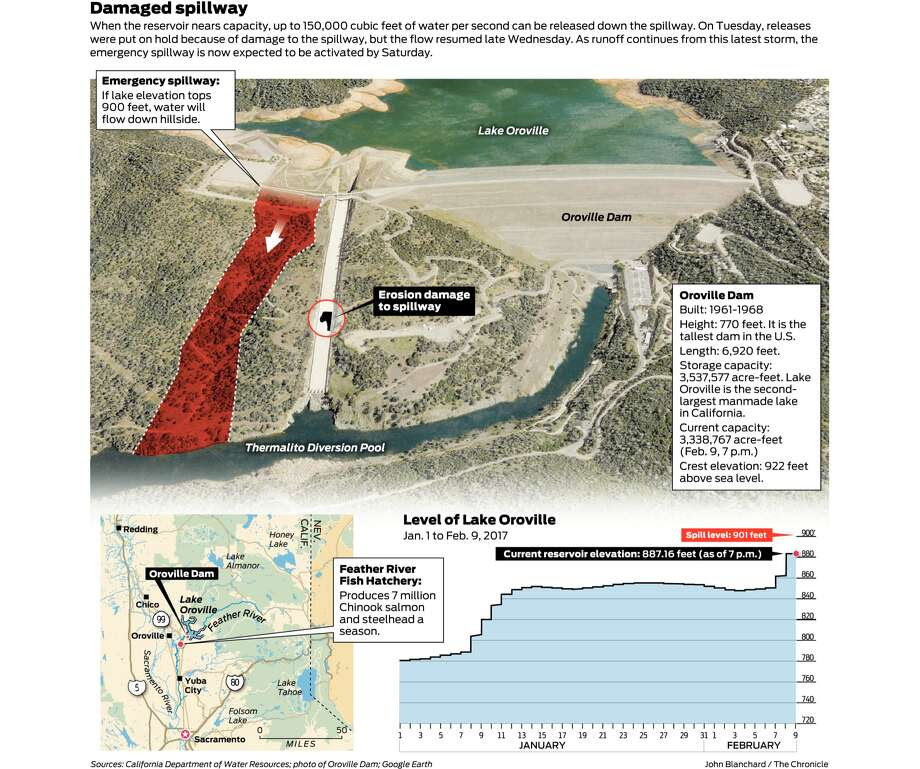