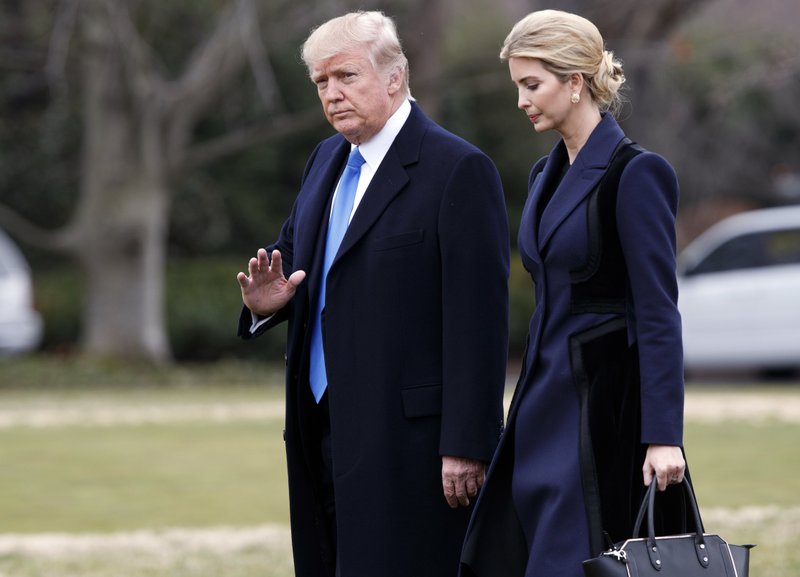 JEWS in the White House?


WASHINGTON (AP) — Even without an official White House title, Ivanka Trump is proving to be a power player. Just this past week, the first daughter joined President Donald Trump at a policy meeting with business executives and accompanied him on a trip to Delaware's Dover Air Force Base to honor the returning remains of a U.S. Navy SEAL killed in a raid in Yemen. She hosted CEOs at her home to talk policy and used her influence behind the scenes at the White House. These efforts have focused attention on the role Ivanka Trump, 35, expects to play after resigning executive positions with the Trump Organization and her own lifestyle brand, and moving to Washington. For now, though, it's her husband, Jared Kushner, who is officially working in the administration.
In New York, Source

Ivanka converted to Judaism before she married her husband, Jared Kushner in 2009.

So Ivanka has been a practicing JEW for almost 10 years.

Both attend synagogue together at the Kehilath Jeshurun synagogue in NY City.