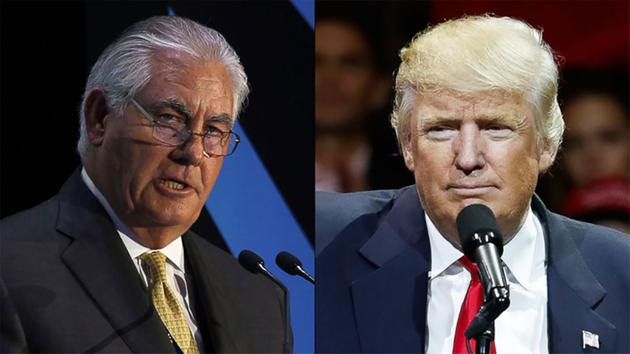 Rex Tillerson eyes $180m payout to cut Exxon ties
The former Exxon chairman and chief executive chosen by Donald Trump for US secretary of state will receive $180m to cut financial ties with the firm. The arrangement will mean Rex Tillerson meets the conflict of interest requirements for the role, Exxon said. The firm said it would cancel the two million shares Mr Tillerson was due to receive as part of its executive pay programme and put the equivalent cash into an independently managed trust. Mr Tillerson left Exxon on 31 December. The payout, which will only take place if Mr Tillerson is confirmed in the new role, is aimed at addressing concerns the former Exxon executive could favour the oil giant, or his own interests while in office. BBC

Study up on the CUPIDITY and the injustice that follows.....