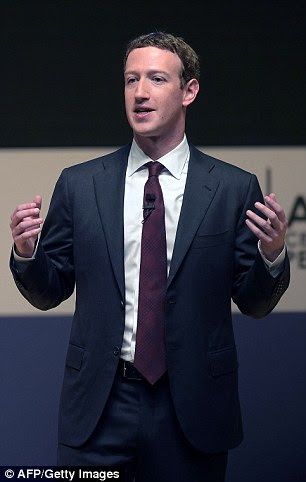 Must Be Serious...He's Wearing A Suit


Facebook insiders have told how Mark Zuckerberg quotes Greek legends to staff and 'wants to be emperor'. In the latest indicator that he may one day run for president, Vanity Fair quotes several friends of the CEO who say he is well suited to politics and has designs for a career beyond Silicon Valley. They say the 32-year-old is naturally drawn to leadership, with the phrase 'he wants to be emperor' apparently 'common' among his peers. 'He’s been incredibly careful about cultivating a specific type of persona over the past few years,' said one friend, suggesting Zuckerberg's move into politics is in the works. His fascination with Greek legend also seeps into his management style. Zuckerberg is said to have once recited lines from the movie Troy to a packed room of Facebook staff.  Daily Mail Read More>>>>>
at January 15, 2017