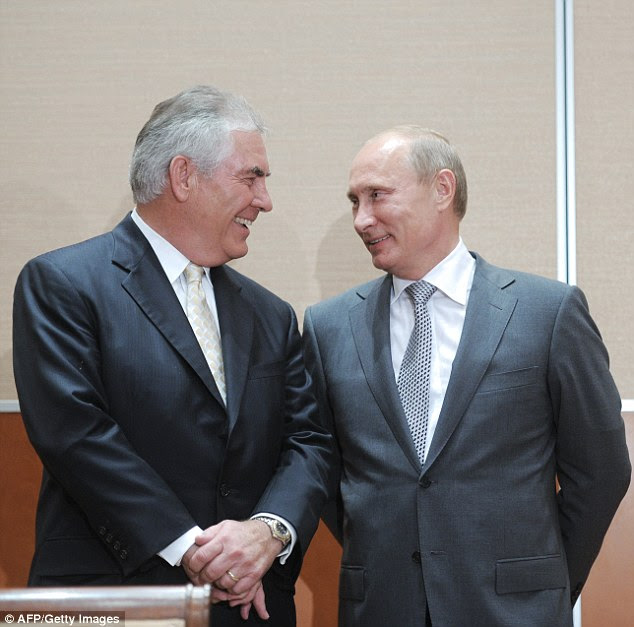 Following up the  very first post on TRUMP's vice: CUPIDITY  and how it will ruin his presidency and the nation:

What do we know about  the new Secretary of State?

Annual Salary as CEO is over 30 Million.