UK Education Secretary Nicky Morgan Celebrates Easter By Demanding That 11 Year-Old Be Taught How To Cross Dress Get Drunk & Learn How To SODOMIZE Each Other! 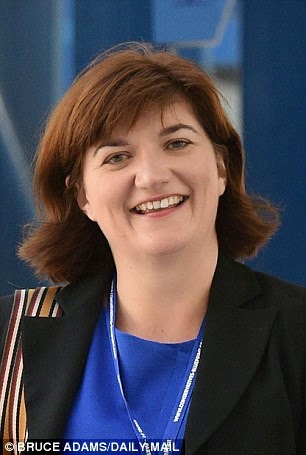 Schools are to teach pupils as young as 11 about rape and consensual sex, Education Secretary Nicky Morgan announced yesterday. Children will be encouraged to discuss what they have learnt about sex from pornography, and if it is possible to agree to sex when drunk. The lessons, which also challenge children to talk about gay rape, are being added to the education syllabus for secondary schools and could come in as soon as the summer term. The formal guidance commissioned by the Government tells teachers that courses should begin 'before young people are sexually active, otherwise it is too late'. But parent groups last night raised concerns that the changes to sex education would lead to the 'erosion of childhood' and could put children under more pressure to have sex. The classes will be based on resources being developed by the PSHE Association – a government-funded organisation created in 2006 to advise on personal and social education. Teachers will be encouraged to discuss 'rape myths' such as the notion that a woman consents to sex by 'teasing' a man or dressing provocatively. Daily Mail Read More>>>>>>