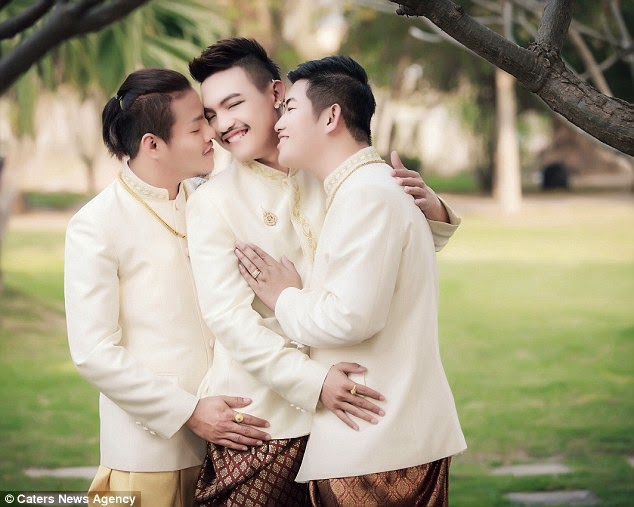 Three gay men from Thailand have tied the knot in what is thought to be the world's first three-way same-sex marriage. Happy newlyweds Joke, 29, Bell, 21 and Art, 26, took the plunge on Valentine's Day after exchanging their vows in a fairy-tale ceremony at their home in Uthai Thani Province, Thailand. The three blushing grooms are thought to be the world's only wedded male threesome and have since become internet sensations after photos from their big day went viral. In what they described as the happiest day of their lives, the three men were suited and booted for the ceremony in which they exchanged rings after walking down the aisle. Bell, From Phitsanulok Province, said: 'I think we are first three-way same sex males to have a wedding, possibly in the world. Daily Mail Read More>>>>>