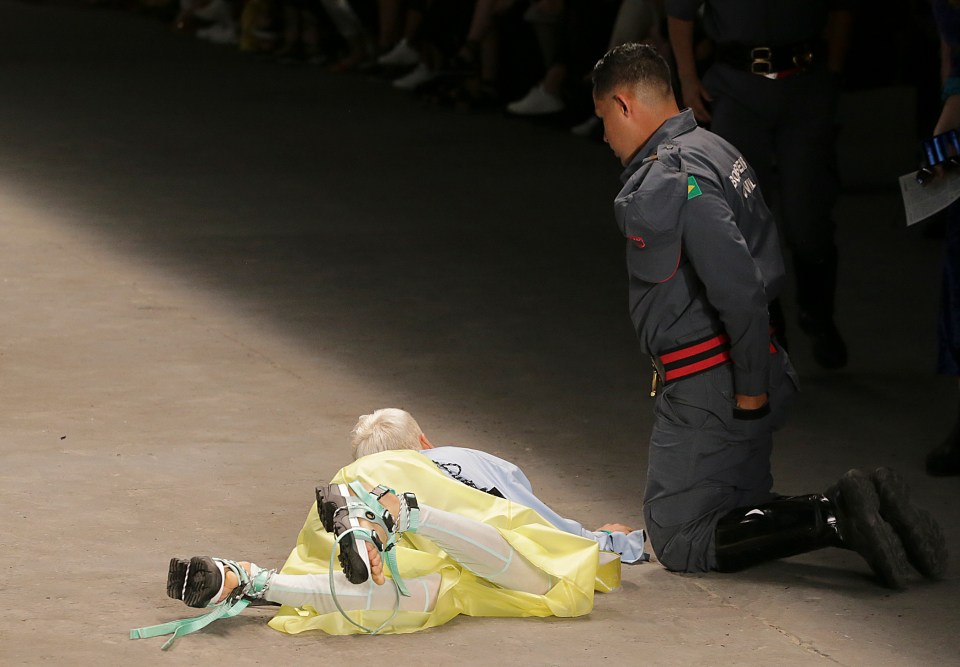 There will be bloody wars and famines, plagues and infectious diseases. Our Lady of La Salette 19 Sept. 1846 (Published by Mélanie 1879)

The 26-year-old was walking for fashion brand Ocksa when he collapsed on stage. A MALE model who died after collapsing on the catwalk during Sao Paulo's Fashion Week may have had an undiagnosed congenital illness, doctors said. Tales Soares, 26, was attended to by paramedics in front of horrified onlookers after being taken ill during a show for fashion brand Ocksa yesterday evening.Many initially thought his fall was part of the performance but the devastating realisation dawned on the crowd when paramedics rushed to the stage. He was whisked to Accident and Emergency in Brazil but sadly couldn't be saved and was later pronounced dead, show organisers said. Footage showed him turning around as he approached the top of the catwalk before he appeared to stagger and fall face-first to the ground. According to Folha Press, Tales reportedly tripped on his shoelace before he fell and was later seen foaming at the mouth. Source