NJ Attorney General Announces Arrests Of 24 Alleged Youth Predators In Undercover Operation - NOT ONE OF THEM IS A CATHOLIC PRIEST! ALL ARE LAYMEN! 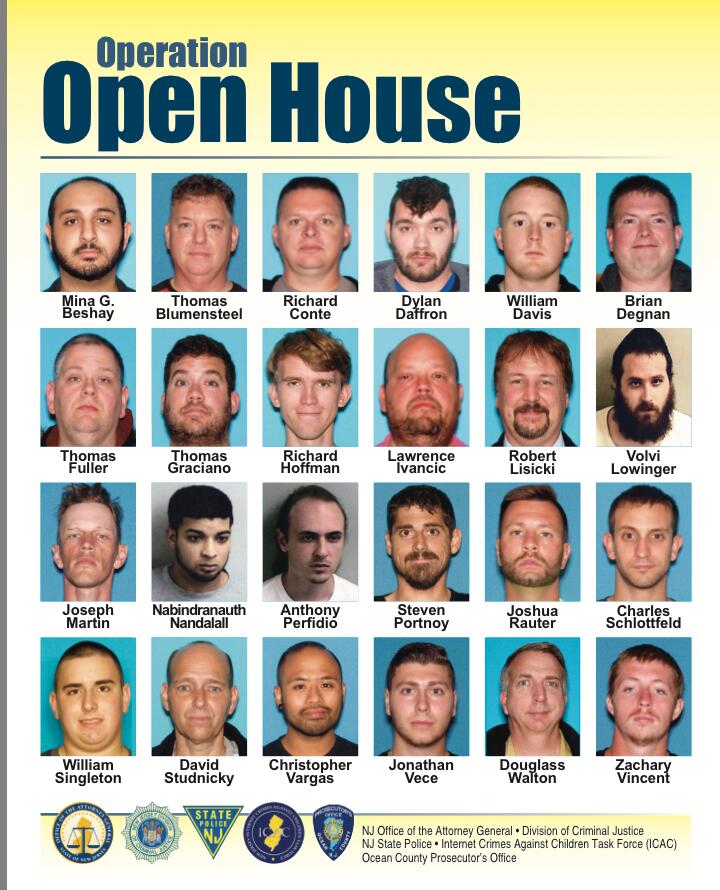 Funny how demented Catholic Laymen believe that they can fix the Clergy sex abuse crisis. Most of the clergy sex abuse cases took place years ago - and yet today - 18 September 2018 - NJ Attorney General Announces Arrests Of 24 LAYMEN for pervy sex crimes.

How many attend Latin Mass?

Please - the LAYMEN will not fix any Clergy sex abuse crisis in the Church - just the opposite - the Catholic Laymen will most probably hunt down and murder priests (Layment thinking they are doing a service to God) in the coming weeks months and years....

Here read about YOUR LAYMEN sex abuse crisis and clean up your own house first - morons! 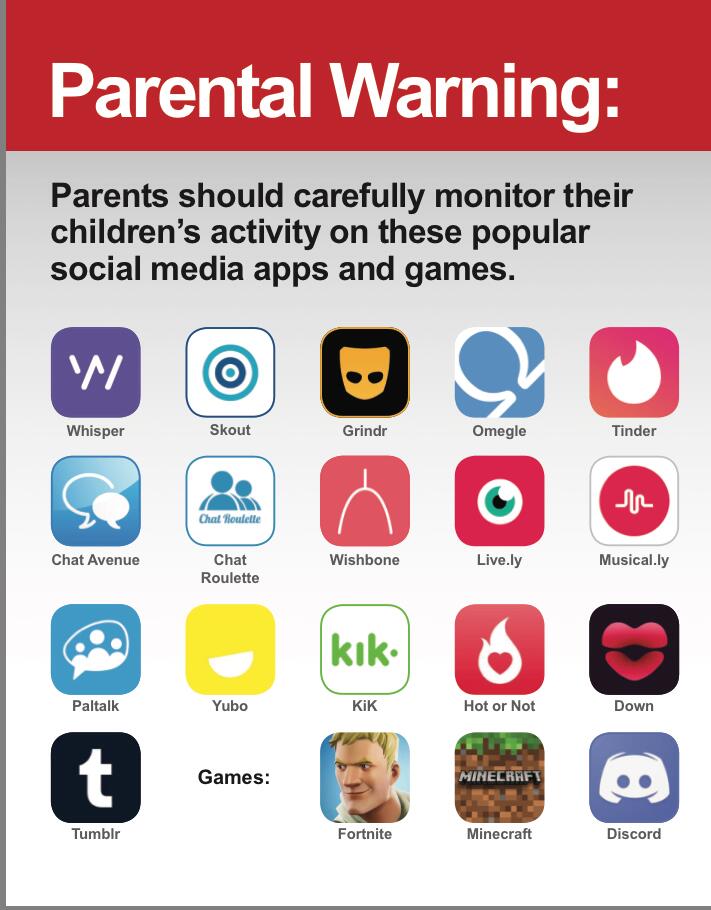 Officials say the underage “children” were, in fact, undercover officers. Most of the defendants were arrested when they arrived at a house in Toms River, N.J., where they allegedly expected to find their victim home alone. Instead, they found dozens of law enforcement officers prepared to arrest them and process any evidence seized. Those arrested included a Howell Township, N.J., police sergeant, Richard Conte, 47, who allegedly attempted to meet a person he believed to be a 15-year-old girl for sex. He allegedly claimed in online chats that he was 19, and he had condoms in his pocket when he was arrested.

“It is a frightening reality that sexual predators are lurking on social media, ready to strike if they find a child who is vulnerable,” said Attorney General Grewal. “To counter that threat, we are working collaboratively and aggressively across all levels of law enforcement to apprehend these sex offenders. We want child predators to know that we are on social media too – and the child they target may be the undercover officer who puts them in handcuffs. That is the message of Operation Open House.”

“We have no higher priority than protecting children, and we will remain steadfast in our pursuit of those who seek to victimize them,” said Director Veronica Allende of the Division of Criminal Justice. “Operation Open House is a great example of how law enforcement agencies work best when they work together. I commend our partners on the ICAC Task Force, particularly the State Police and Ocean County Prosecutor’s Office, who coordinated this operation with the Division of Criminal Justice.”

“It is disturbing that some of the alleged child predators from this operation held positions of public service and authority, but behind closed doors they went through great lengths to avoid detection online, frequenting social media sites with the sole purpose of targeting unsuspecting children,” said Colonel Patrick Callahan of the New Jersey State Police. “Our troopers and partners on the ICAC Task Force are unfazed by the outward appearances of sex offenders and will continue to turn the tables on predators by luring them out of hiding and bringing them to justice. These arrests serve as a sobering reminder that parents should closely monitor their child’s online activity.”

Prosecutor Joseph D. Coronato stated, “This investigation is one of countless examples highlighting the outstanding proactive ‘Cyber Enforcement’ capabilities developed through the partnership between the state and the Ocean County Prosecutor’s Office. We thank the Attorney General’s Office and the New Jersey State Police for their constant investigative support aimed at apprehending sexual predators targeting our youth. When law enforcement works together seamlessly, as we did in this investigative effort, the safety of all citizens increases tenfold.”

The arrests in Operation Open House were made over a five-day period from Sept. 5 through Sept. 9. In addition to a police officer, those arrested included a nurse, a firefighter, college students, and a registered sex offender. One defendant travelled to the undercover house all the way from the Bronx, N.Y., where he resides. All 24 defendants are charged with second-degree luring. Many defendants face additional charges, including second-degree attempted sexual assault on a minor and third-degree attempted debauching the morals of a child. Five men face third-degree charges of attempted sharing obscene materials with a child for allegedly sending photos of their genitals to undercover detectives.

The undercover law enforcement members who conducted the chats with the defendants were specially trained members of the ICAC Task Force. The defendants typically initiated contact based on profiles posted on social media platforms by the undercover detectives and agents. The social platforms that were used in these encounters included Kik, Skout, Whisper and Grindr. Once chatting began, the undercover officers clearly identified themselves as underage girls or boys. Despite that information, the defendants allegedly engaged the purported “children” in conversations about sex, and all 24 defendants are alleged to have made arrangements to meet the “children” for sex. The chats were conducted over a period of several weeks leading up to the “meet-up” week when arrests were made.

“Parents need to be aware of their children’s activities on the internet, and if children appear anxious or evasive when this topic is raised, it may be a red flag,” said Attorney General Grewal. “It is critical that parents talk to their children about social media and chat apps to let them know that the people they encounter may not be who they initially seem to be.”

In past cases, the ICAC Task Force has made arrests of alleged child predators who used the following chat apps: Kik, Skout, Grindr, Whisper, Omegle, Tinder, Chat Avenue, Chat Roulette, Wishbone, Live.ly, Musical.ly, Paltalk, Yubo, Hot or Not, Down, and Tumblr. Arrests also have been made involving the gaming apps Fortnite, Minecraft, and Discord. Attorney General Grewal urged parents to familiarize themselves with these apps and warn their children about sharing information with strangers.

Most of the defendants in Operation Open House were arrested at the undercover house in Toms River – a four-bedroom, residence – while a few were arrested at other meet-up locations or were stopped in their cars after driving to the vicinity of those locations. Those who went to the undercover house allegedly expected to find their victims home alone. Instead, they were arrested upon arrival, sometimes by teams that included the very officer who portrayed the child they targeted for sex.

The undercover house was staffed with dozens of law enforcement officers and evidence technicians. Attorneys were stationed nearby at the Ocean County Prosecutor’s Office. Electronic devices that were seized from the defendants were previewed at the scene by evidence technicians when defendants gave consent. Attorneys and detectives drafted search warrants for other seized digital devices. All of the devices were taken to the forensic computer laboratory at the Ocean County Prosecutor’s Office for full forensic examinations. Those examinations, which are ongoing, will enable investigators to determine if the devices contain evidence of any prior encounters by the defendants with underage victims, which might constitute additional cases of luring, sexual assault or child endangerment.

The defendants were lodged in the Ocean County Jail until detention hearings were held last week. Thomas Blumensteel, a registered sex offender, was ordered detained in jail pending trial. The other defendants were released subject to stringent pre-trial monitoring conditions, including at a minimum reporting regularly to Pre-Trial Services staff and prohibitions from using the internet except for work or having any unsupervised contact with children under 18. Sgt. Richard Conte of the Howell Police was suspended from his job, ordered to surrender his weapons, and ordered to remain under home detention.

The following 24 men were arrested in Operation Open House. All face second-degree charges of attempted luring or enticing a child with a purpose to commit a criminal offense against the child. They allegedly believed they were communicating with a minor as described in parentheses. The defendants face additional charges as indicated.

Richard Hoffman, 23, of Mays Landing, N.J. (Girl, 14) Hoffman is a firefighter and a college student.

Thomas Graciano, 28, of Brick, N.J. (Boy, 15) Graciano is a physical therapist in a retirement community.

Thomas Blumensteel, 47, of Manchester, N.J. (Boy, 15) Blumensteel is a hotel manager and a registered sex offender. He was sentenced to three years in New Jersey State Prison in 1997 for aggravated criminal sexual contact for sexually assaulting a boy, 13, whom he was supervising as a church counselor. Additional charge: Attempted Sexual Assault on a Minor (2nd degree).

The charges against the defendants in Operation Open House are merely accusations and the defendants are presumed innocent until proven guilty. Because they are indictable offenses, they will be presented to a state grand jury for potential indictment. Source