Former teacher and stalker ex-girlfriend, 39, 'shoots her surgeon ex, 60, five times before killing herself in frenzied attack hours after he was granted a restraining order'

A former South Carolina middle school teacher is accused of shooting her ex-boyfriend before turning the gun on herself in what police say was an attempted murder-suicide. Jennifer Rudemyer, 39, was found dead outside her ex's Spanish Wells Plantation home around 6.15pm on Tuesday, the Beaufort County Sheriff's Office said. She died from a self-inflicted gunshot wound. Near Rudemyer's body was wounded Dr. Gaston 'Gus' Perez suffering from four to five gunshots to the upper body. The 60-year-old was taken to Memorial Health University Medical Center in Savannah and is said to be in stable condition. Perez's son Alex told the Island Packet on Thursday that his father was shot in the chest, near his face and in his hands as he tried to block the bullets' path. The surgeon who operated on Perez said he was lucky to be alive. 'I just feel so, so, so lucky he survived,' Alex said. 'I know a lot of families don't get breaks like this when tragedy falls.' Perez's daughter, Mel, wrote on Facebook that he was resting in the ICU. 'Dad is in the ICU and resting, won't be able to see him for another few hours but so happy to know he pulled through. He's the strongest man I know. Thanks for all the sweet messages and support and will try and keep you all updated,' she posted. Authorities said based on witnesses accounts, the crime scene and information they gathered it appears that Rudemyer shot Perez in an attempt to kill him. She then turned the gun on herself. Source 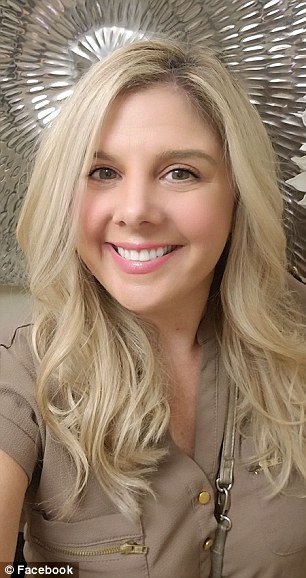