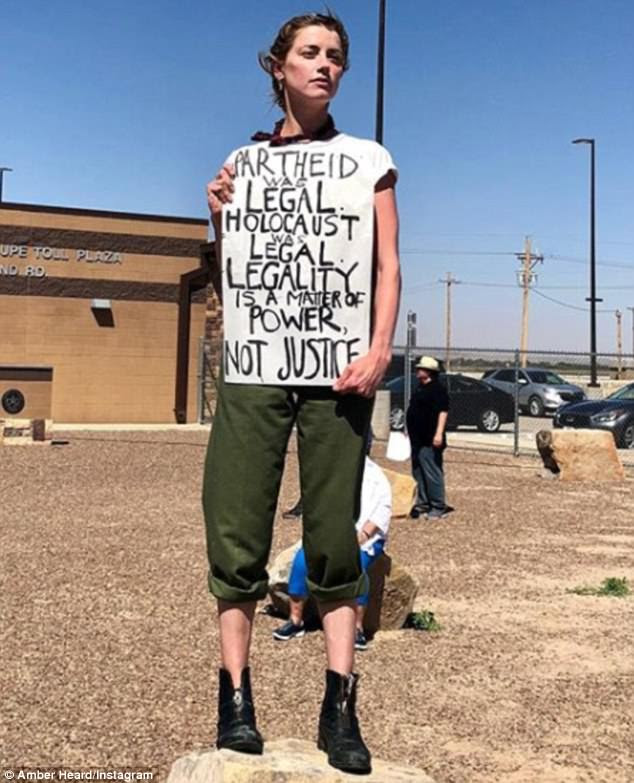 Another product of the spirit of Vatican II and Sacrilegious Communions.

Amber was raised Catholic and is now an Atheist.

Please read the above poster that Amber made.

Amber won't dare include Abortion on her poster, even though Abortion has murdered more that Apartheid & the Holocaust

'Everyone better give housekeepers, nannies and landscapers a ride home': Amber Heard sparks FURY after tweeting a tone deaf 'racist' joke in an attempt to criticize ICE checkpoints

Amber Heard has come under fire after attempting to joke about an ICE checkpoint on Twitter. The actress, 32, posted a tweet early in the morning on Tuesday warning her 60,400 followers that an ICE checkpoint near her home in Los Angeles. 'Just heard there’s an ICE checkpoint in Hollywood, a few blocks from where I live, she wrote. 'Everyone better give their housekeepers, nannies and landscapers a ride home tonight...' Source