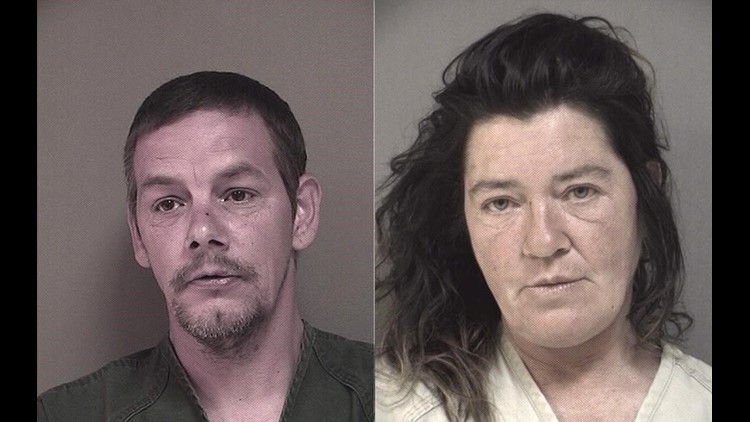 The sensuality of the new mass.

If you're not gonna pray in Church...might as well have sex...

How much you wanna bet it was the hag's idea.

SEASIDE HEIGHTS - A pair of lovers were caught having sex by a priest beneath a statue of the Virgin Mary at a Roman Catholic church in the borough on Tuesday afternoon, confirmed Police Chief Tommy Boyd. Anthony Michael Getchius, 43, of Newark and Noelle Marie Smart, 48, of Jersey City, were each charged with lewdness for the alleged copulation in what authorities described as “a sacred area” on the grounds of Our Lady of Perpetual Help on Grant Avenue. The incident took place in a secluded garden located between the church and the rectory, Boyd said. Visit the scene of the blasphemy in the video above.After multiple officers raced to the scene at about 12:30 p.m., they observed the couple fully engaged in the act of coitus, Boyd said. In addition to lewdness, police also determined that Getchius should be charged with creating a dangerous condition and obstructing the law, according to records on file at the Ocean County Jail in Toms River on Tuesday night. The pair – who each identified themselves as single on their booking forms – are incarcerated at the jail pending a bail hearing on Wednesday. The church is located next door to the Seaside Heights Police Department. Source

Hey you new mass goers have turned the mass into this atrocity.

What do you expect.