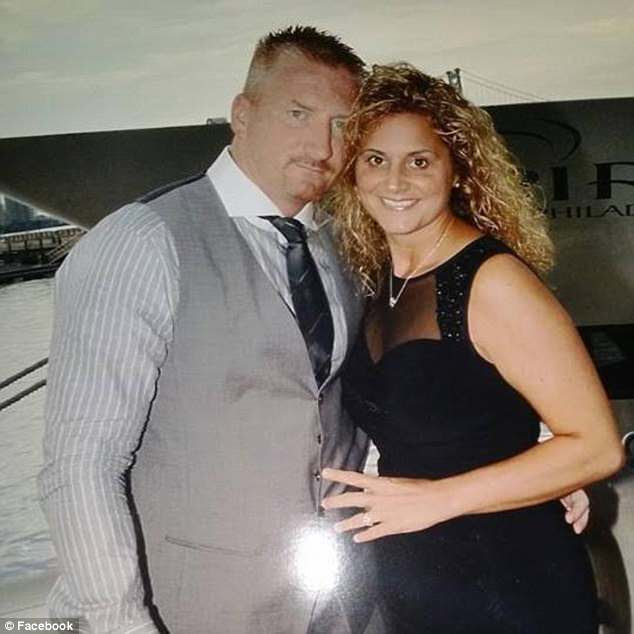 A New Jersey couple have confessed to stealing more than $1.4million from Hurricane Sandy victims and gambling their cash away at Atlantic City casinos. Jeffrey Colmyer, 42, and Tiffany Cimino, 34, both pleaded guilty to theft charges on Tuesday. Colmyer has also pleaded guilty to money laundering and is expected to be sentenced to seven years in state prison. Cimino will receive probation, as per her plea deal, according to NJ.com. The couple used their home improvement companies, Rayne Construction Management Services and Colmyer & Sons, to steal from more than 20 victims. Victims had paid the companies for reconstruction, home elevations, or repairs, often using funds that came from government relief programs. None of the services were ever completed and some had never even been started. Colmyer gambled more than $700,000 in stolen funds at seven Atlantic City casinos, police said. The couple also bought a $17,000 diamond ring with the money they took from victims in the fraud scheme. Source