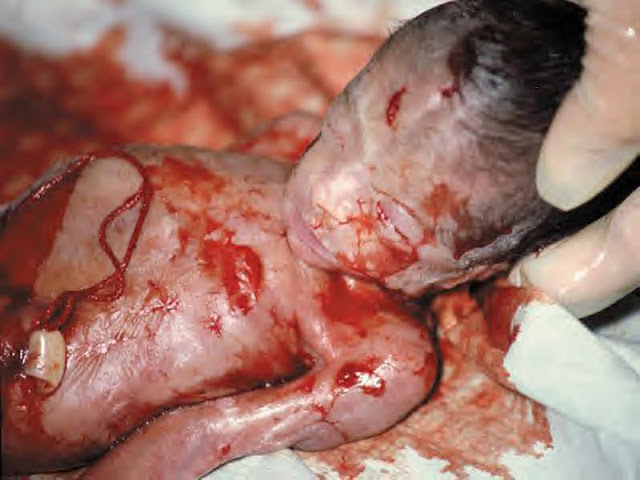 THE SINS THAT CRY TO HEAVEN FOR VENGEANCE
Q. 925. HOW many such sins are there?
A. Four.
Q. 926. What is the first of them?
A. Wilful murder, which is a voluntary and unjust taking away another’s life.
Q. 927. How show you the depravity of this sin?
A. Out of Gen. iv. 10. Where it is said to Cain “What hast thou done? the voice of the blood of thy brother crieth to me from the earth: now, therefore shalt thou be cursed upon the earth.” And Matt. xxvi 52, “All that take the sword, shall perish with the sword.”

Mothers Should be Compensated! Written by Hilary White

So, of course, many in the Catholic world are seeing yet another video released about the highly profitable side-business of Planned Parenthood, providing valuable organs and medical research material for the scientific community. There are strong feelings on all sides, of course, but I think there is one point that no one has yet addressed. What are the mothers being offered from the sale of their children’s organs and body parts?

Let's think about this from the point of view of modern bioethics. The basic principle of bioethics comes from utilitarianism; the greatest good for the greatest number. In utilitarianism/bioethics, we understand that there is no such thing as "personhood" until there is autonomy, a functioning will. Autonomy is the primary principle of bioethics, and that which turns a mere human meat-machine miraculously into a legally protectable person. Therefore, the person, in order to maintain his or her personhood, must be free at all times to exercise his or her will. It also means, logically, that an entity that is unquestionably biologically a human being but that is not possessed of a will or the opportunity to use its will, is not a person.

This principle makes abortion a no-brainer. The mother is a person with a will. The “child” is not. Since there are only two orders of existence in the universe, persons and things, non-persons are things. And since we know that the human before birth is a thing, an object made of “clumps of cells,” a meat puppet, we know that it can be used or disposed of at will by genuine functional persons.

Other things that are not persons include all the material we regard rightfully as “natural resources.” Now, things are subject to ownership, as we know, and one of the most important aspects of ownership is to have the right of disposal for compensation. An example can be taken from my own background in “Beautiful British Columbia” where forestry is a major resource industry. Forestry companies took the precaution many years ago of buying up the land – and the contents of the land – on which the trees, the resource, grew. Therefore, when they go in to clearcut a parcel of old growth forest on the British Columbia coast, they are utterly and totally within their rights as owners of the trees and the ground they grew out of to cut and sell the products for a profit. This is why they have always used the term “harvesting,” as though the trees put there by God (sometimes as much as a thousand years ago) were actually planted by MacMillan Bloedel.

This division of the universe into persons and things means that anything that is manufactured, by whatever means, by a person, is an object that person may use, including to sell. I have not investigated the paperwork used by Planned Parenthood in their abortion business, but I am going to hazard guess that they do not inform the women, the manufacturers, of the final end of their products of conception.

This is clearly unjust. Planned Parenthood is, effectively, profiting from someone else’s raw materials without offering compensation. Now, of course, we know from their own public records (it is a charity, after all) that the revenue generated by this side-business is only a fraction of their annual income of just over half a billion US per year. About 6%. But think for a moment what 6% of half a billion US would mean to the mothers, often pressured or forced into aborting by poverty, if we are to believe what we are so often told. That might not be a lot to Planned Parenthood, but it’s a load of dough, not to put too fine a point on it, for the manufacturer.

I want to know, as a good utilitarian, what percentage of the take, the final retail price of the livers, kidneys, brains etc., Planned Parenthood offers to the manufacturers.

Women shouldn’t be exploited. I would think, though I haven’t looked up the actual numbers, that a model could be taken from the resource industries. If the owner of a forested parcel of land does not have the wherewithal to harvest the lumber himself, it’s perfectly reasonable for him to contract the work out to a company that does have the manpower and equipment. But no one would expect him to do that for nothing. He sells the rights to his property for a reasonable price, a portion of the final profits, say 50/50.

Of course in the case of Planned Parenthood’s little side business, while a compensation package as a percentage of the take for the organ business would mean a great deal to the individual manufacturers, we know it would not completely resolve the issue of poverty among young women. But since Planned Parenthood’s largest customer base is African American women, it might go a long way towards providing some financial stability for women in a community where stable marriages are rare. Indeed, if a beneficial agreement could be brokered, it might see the start of an economic turnaround as women can turn what is now a cultural disadvantage into a new wave of home-based industry. A cottage industry, one might say.

It won’t solve world hunger, but I suppose for that we should return to a renewed examination of the work of Mr. Swift, to whom this little essay is warmly dedicated.

I was thinking the same. Will Mothers step forward and demand compensation for supply baby body parts that were and are being sold by Planned Parenthood? Are there Jew attorneys standing in the wings waiting to file a class action lawsuit?

Everyone is petition happy today - maybe a petition can be drawn up to see if mothers are willing to step forward and demand compensation from planned parenthood for supply aborted baby body parts.

Here in case you missed these: