Trudeau, Emmanuel Macron And Boris Johnson Were Caught Gossiping About Trump At The Queen's Residence 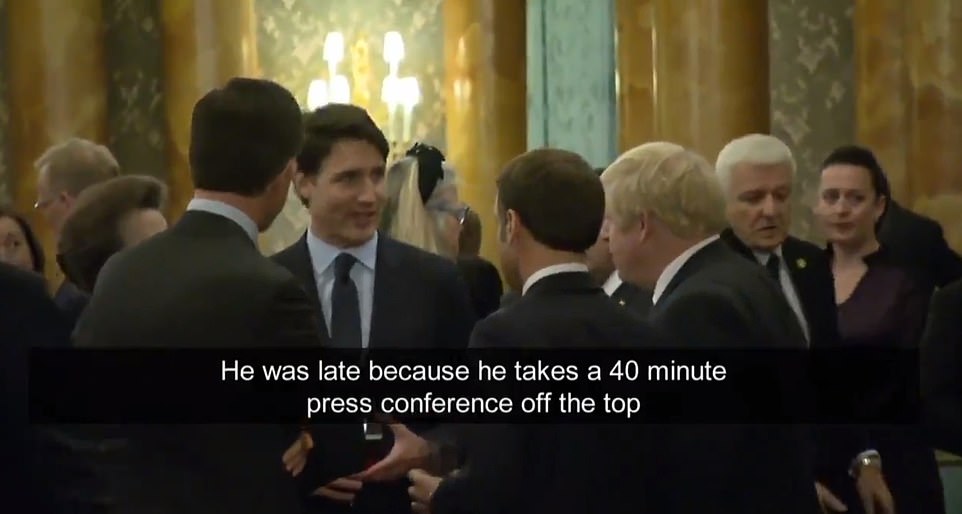 Boris Johnson: Is that why you were late?

Justin Trudeau: He was late because he takes a 40 minute press conference off the top.

Emmanuel Macron speaks with his back turned to the camera

Clip jumps to another point in the conversation

Princess Anne speaks with her face hidden from the camera

Justin Trudeau: You just watched his team's jaws drop to the floor.