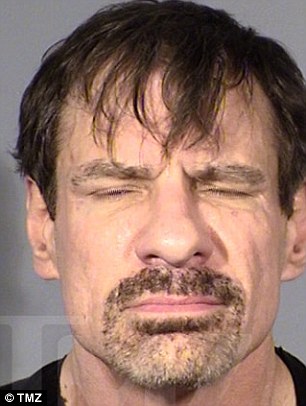 
Billionaire Broadcom founder, 59, is arrested in Las Vegas 'with a hotel room full of drugs alongside his girlfriend - the former wife of a Wells Fargo heir - who was passed out with a balloon in her mouth'

The billionaire co-founder of the semiconductor manufacturer Broadcom and his girlfriend have been arrested in Las Vegas on drug trafficking charges after police say they discovered cases of heroin, cocaine and other drugs in the couple’s hotel room after a medical emergency. As the gossip site TMZ first reported, citing law enforcement sources, the incident began unfolding on Tuesday when controversial tech tycoon and philanthropist Henry Nicholas III, 59, was unable to enter his room at the four-star Encore Hotel and called security. When hotel personnel gained access into the room, they reportedly found Nicholas’ girlfriend, Ashley Fargo, lying unresponsive with a partially inflated balloon sticking out of her mouth. Source