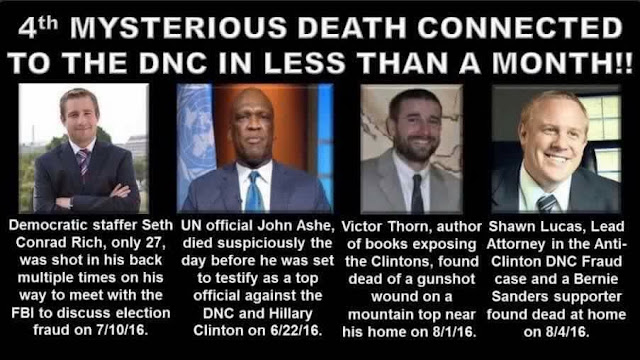 
WOW! BREAKING=> Julian Assange Suggests Seth Rich – Who Was MURDERED in DC – Was Wikileaks DNC Source!
On July 8, 2016, 27 year-old Democratic staffer Seth Conrad Rich was murdered in Washington DC. The killer or killers took nothing from their victim, leaving behind his wallet, watch and phone. Shortly after the killing, Redditors and social media users were pursuing a “lead” saying that Rich was en route to the FBI the morning of his murder, apparently intending to speak to special agents about an “ongoing court case” possibly involving the Clinton family.Seth Rich’s father Joel told reporters, “If it was a robbery — it failed because he still has his watch, he still has his money — he still has his credit cards, still had his phone so it was a wasted effort except we lost a life.” Gateway Pundit Read More>>>>>