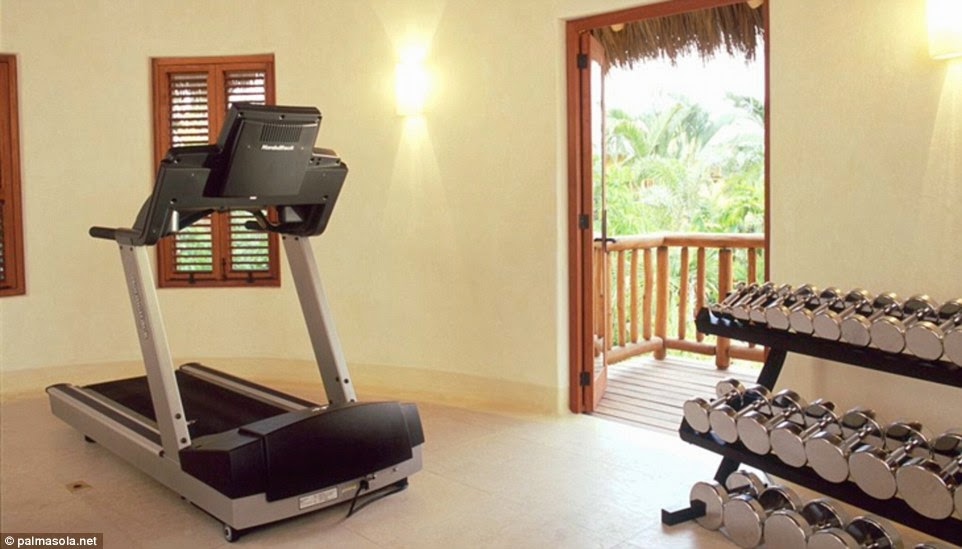 Exercise Room Where Goldberg 'Fell' Off The Treadmill

According to Mexican officials, Goldberg suffered severe head trauma when he fell off a treadmill on Friday at 4pm. He was reportedly not discovered until around 6pm. A state prosecutor told Reuters that Goldberg had walked over to the workout room from his villa at the adjacent resort Palmasola, where guests can use Four Seasons facilities. However, the $500-a-night resort has released a statement flatly denying the claims, insisting Dave Goldberg was not registered as a guest at any of their rooms or villas, and insists he was not on the premises. 'As the tragedy did not take place on our property, nor was Mr. Goldberg a guest, we are not in a position to comment further,' a Four Seasons spokesman said in a statement. Palmasola then confirmed that Goldberg and his family was staying at their resort, which is not affiliated with the Four Seasons. Daily Mail Read More>>>>

1.18-inch gash in his head caused by falling off a treadmill? Laying in his pool of blood for 2 hours before he was found.....