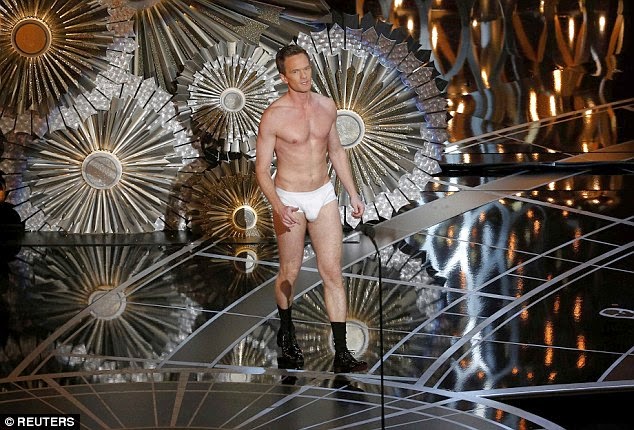 NPH is in a state of imperfection? It would be cruel to punish NPH before NPH reaches perfection! BULLSHIT - I don't see it!  As a punishment I would like to think the Blessed Trinity will send NPH to hell right quick....So damn NPH to hell!


He said he was nervous about going into hosting the 87th Academy Awards on Sunday. And nerves must have gotten the best of Neil Patrick Harris as he failed to nail his gig at the Dolby Theater in Hollywood that saw Birdman win Best Picture and Julianne Moore take home the Best Actress trophy. The day after the Oscars the 41-year-old actor looked dejected as he left a taping of Live With Kelly & Michael in Hollywood. His interview was conducted on the very same stage where the night before he had bombed with poorly received jokes Daily Mail Read More>>>>>>

Hollywood is the new Sodom. May fire from Heaven soon engulf the Sodomite haven......