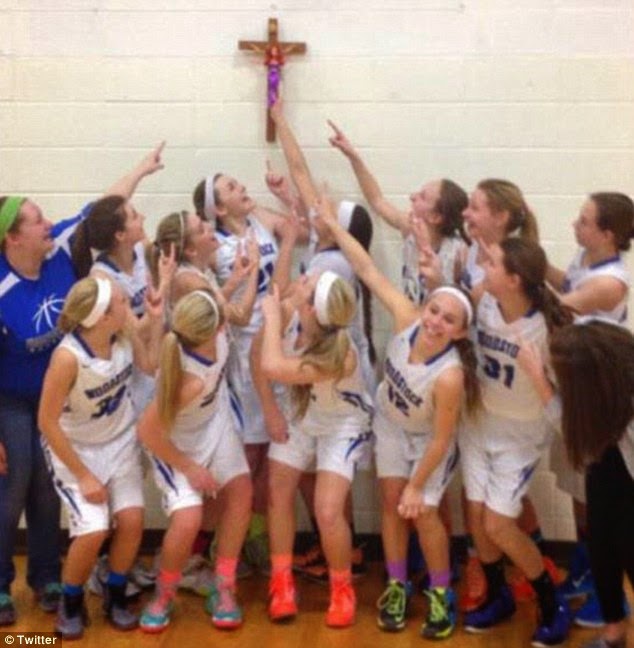 An Illinois-based high school's girls' basketball team has come under fire after a photo of players pointing at a Barbie doll stuck to a cross inside their Catholic hosts' school gym appeared online. In the image, members of Woodstock High School team are pictured beaming and pointing at the doll - their symbol for 'girl power' - after attaching it to the cross at Marian Central Catholic High School. The teenagers, dressed in white kits, were in good spirits having just trumped their rivals, Woodstock North, 57-48 inside the Landers Pavilion at Marian Central, which is the Class 3A regionals host. However, within minutes of their photo appearing on social media on Thursday, it had sparked a backlash against them, with many deeming the image 'offensive' to their hosts' religious beliefs. Daily Mail Read More>>>>>

Her husband must be a real nasty JEW prick... 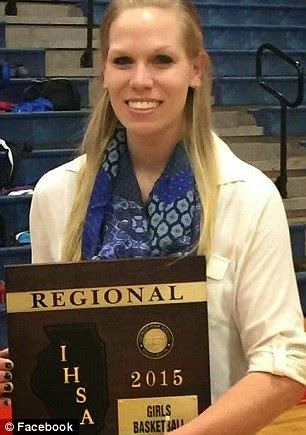